A Beautiful, Watery Tale About An Ordinary, Everyday Father 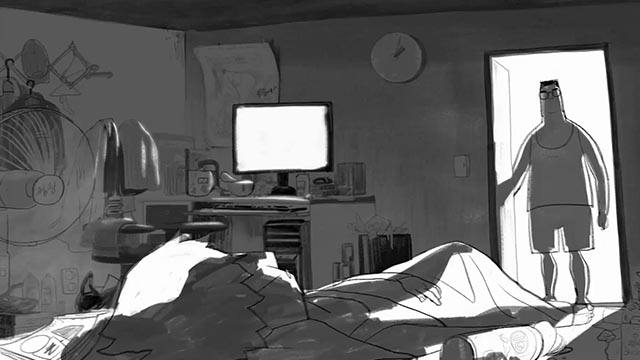 Even though they share the same roof, Sujin’s brother lives in a life of his own, mostly in his room.

He doesn’t participate in family life willingly, and he has to be coaxed out for dinner. He also has very different hygiene standards, by the state of his room and how he regards crawling bugs in his food. 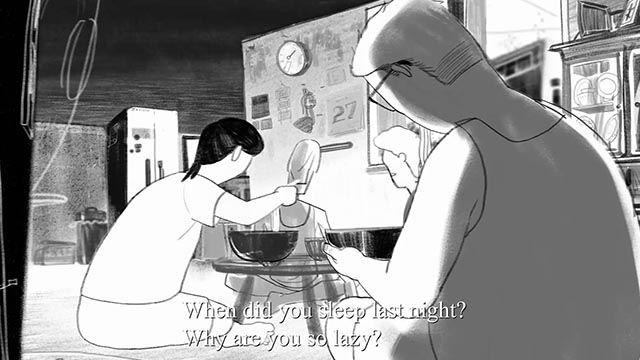 In comparison, Sujin lives a highly-functioning and productive life. In comparison, he’s a failure. And so deepens the chasm between her brother and father.

Helplessly, they bear witness to her father’s silence, and the unspoken and unsaid. And when her brother finally heads off to work, a storm brews in the distance. The storm doesn’t fade, but what it proved was that blood was thicker than water, even for ordinary fathers and ordinary sons.

Watch ‘An Ordinary Father’ by Lee Hwan-hee (Korea) on Viddsee:

Just one more! Watch another story about a father-son relationship, the animation 38-39C by Kangmin Kim (Korea)!

He Saw His Father Selling Tissue Paper And Tried To Walk Away
He’ll Abandon His Father, Walk Away & Never Look Back
Father Was A Birthmark On His Skin He Couldn’t Scrub Away I Started Believing In God, So I Had Someone To Call ‘Father’.
Grandma’s Love Is Like A Warm Blanket On A Rainy Day