Ever Wanted Something So Badly, You’d Ask For Help From Hell? Asking for help from an unholy power is dangerous, and almost always deadly. 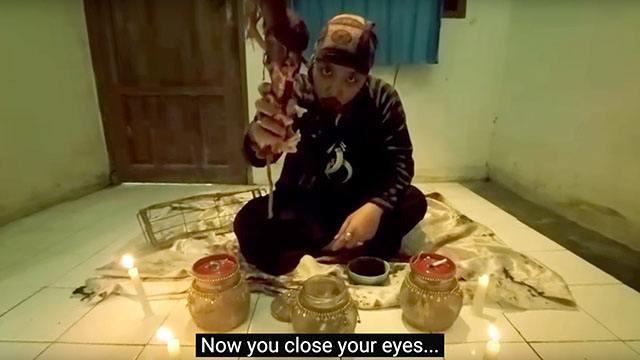 In a profane ritual of fire, smoke, and blood, one must obey a terrible power. It’s forbidden, and for good reason. The consequences are hellish.

This is a 360-degree video. Click and drag the video (on desktop) or tilt your phone (on mobile) to look around the room!

Next, watch Susuk: A young woman turns to forbidden black magic to charm the man of her dreams.

Article by Swing Teoh in Thrills on February 5, 2016

She Wanted To Know What Love Feels Like. Badly.
He Was On His Way To Hell When A Suicide Manager Interrupted Him

He Wanted To Move On, To Love Someone Else. But She Won’t Let Him.
He Wanted To See A Ghost, So He Followed The Online Instructions