What would you do if you heard crying in the toilet?

This ordinary bathroom stall in a basement becomes becomes an unlikely place for friendship. The seven women visit the stall for conventional reasons, and for different reasons: a place of quiet reflection, to take phone calls, to knit, and surprisingly (or maybe, unsurprisingly, for Japan) for a bento meal. 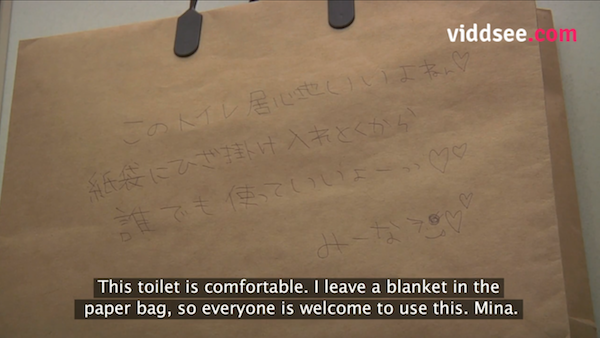 It all begins when a regular office worker leaves an aggressive message on the toilet door, troubled by her own relationship problems.

But when kindness followed, she and other women contribute in their own ways to make the communal toilet also a place of hope, happiness, and kindness. One day, they decide to all break their anonymity. They meet up. It’s a refreshing breath of air, a celebration of spring, and new friendships.

Kentaro is a independent film director and writer and a playwright.

This delightful film was nominated at the Kozaka Honmachi Ichnome Film Festival, received an honorable mention at the Isama Studio Film Festival Scenario Award, and an award of excellence at the Fukuoka Independent Emission Independent Film Festival.

It won two grand prizes: at the Nagoaka Indies Movie Competition, and at the Kisssh-Kissssssh Film Festival.

Watch another film on kindness, ‘Mobile Love Van’ by Fish Png (Singapore), about an driver for call-girls & his blossoming relationship with his colleague 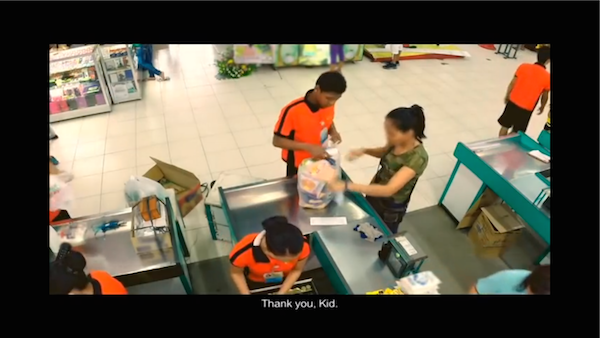 What Kind Of “Thank You” Makes You The Happiest?
A Taxi Driver, Dating Escort And The 6 Hours That Changed Their Lives