Cashier Aunties Vs Robots – Who Wins? 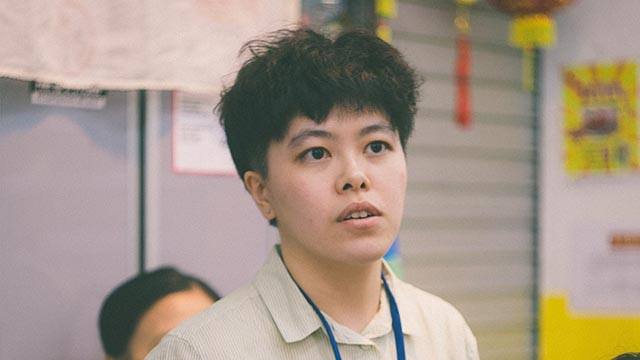 We speak to scriptwriter and editor Tan Wei Ting in her directorial debut CA$H, a short film made in line with the theme of “Beyond 2020” for the second season of 2020: The Temasek Short Film Project.

CA$H tells the story of four aunties who work as supermarket cashiers who stage a revolt on the eve of the implementation of a cashless payment system.

Her team’s mentor, Boo Junfeng, shares his thoughts on working with her: “CA$H is a poignant reflection on our humanity in the age of automation and rapid technological advancements. It gives us the chance to look at the people we are leaving behind in the name of progress.”

Read our interview with Wei Ting:

1 – Hello Wei Ting, tell us a bit about yourself!
Hi, I am Wei Ting. My astrological sign is Moon in Capricorn. I love watching honest stories being told on and off-screen. If they are entertaining or even funny, it would be a plus and would be perfect. 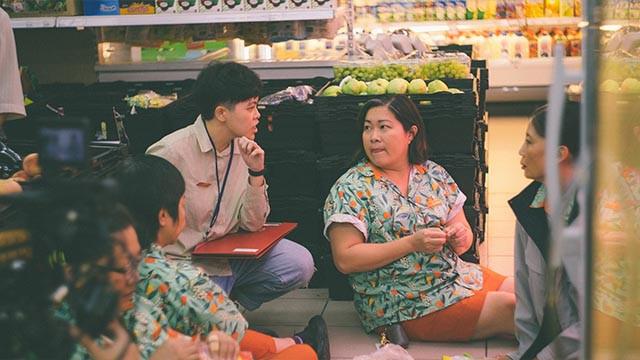 3 – What was it like to imagine a future in the theme of Beyond 2020 and how did you arrive at the depiction of this future in CA$H?
We surveyed people closest to us, such as our moms and dads, and everyone around who might not have enough knowledge of what is to come, and how fast (an automated future) might happen.

During the research phase, talking to workers and organisations about these, we actually heard more heart-warming stories than disheartening ones. You could see how much effort is being put in to try to bridge this ever-widening automation gap. 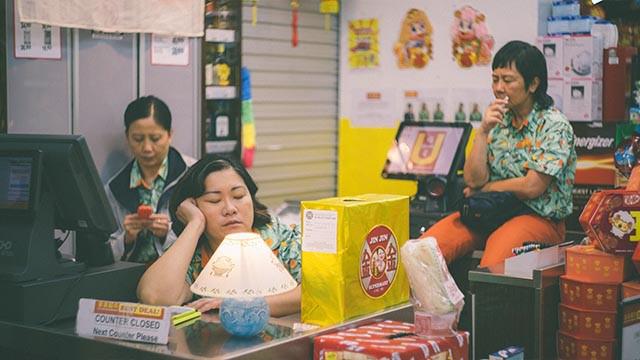 But as a generation, it also sounded like we are just waiting for the previous generation to phase out, so we could all start anew, which honestly, shouldn’t be the case and is not going to ever happen, I feel. In a time like this, nobody is really at fault, and I guess we were trying to depict that too.

4 – What were your biggest challenges working on CA$H?
Insecurity, the lack of confidence in directing and also the unpredictability of it all. The whole process was a rollercoaster. I had to ask myself difficult questions at every juncture.

In my previous stints writing scripts and editing films, I was more daring in taking risks and exploring the pre and post processes. As a first time director however, I was so desperate to just complete the shoot, and that anything else is already a bonus. I think in that sense, I failed, but it also makes me wonder how it will be like to do it again. Or not at all, haha. 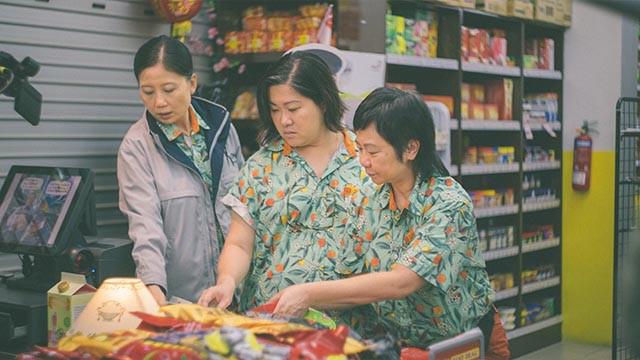 Doreen, Judy and Jalyn on set

5 – Could you tell us more about how you developed the four auntie-cashier characters at Jin Jin Supermarket — Lisa, Er Jie, Ah Xia and Xiao Mei?
When my co-writer and I first came together to talk about the story, we already knew we wanted to write about a group of aunties who are almost like the cliques we form in school.

When we transferred the kind of dynamics back into the context of the supermarket cashier aunties, we saw something that was worth showing – the teamwork that was almost taken for granted among these people have worked together for years and years. When the final four cast members came together (after rounds and rounds of casting), we knew we had with us something special. 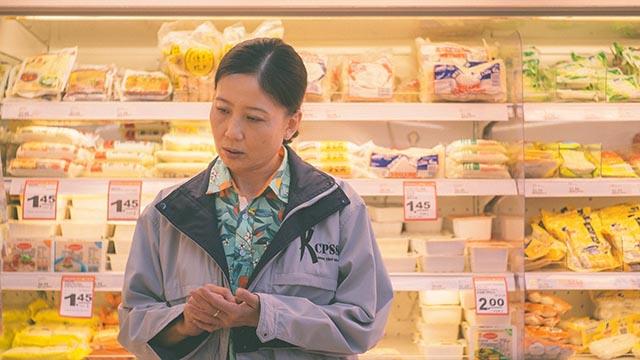 6 – In your opinion, how far are we from this future you depicted? Has this already manifested itself?
I think everyone knows that change is impending and everyone is trying their best to change themselves so they can be faster than the change itself, and really, it’s just a never-ending process.

I really can’t say how far we are, but right now what I wish to document is the important things that I feel might be taken away from us through such automation, like the friendship that were built from years of working tightly with one another. 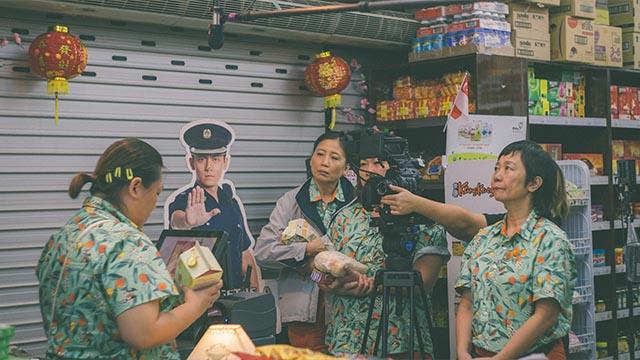 On the set of CA$H, which was shot at the U Stars Supermarket

7 – Why did you decide to participate in Temasek 20/20?
I’ve been working as an editor and screenwriter since I got out of school, and some of my peers have encouraged me to try directing for a while. I really wouldn’t dare take on this risk if not for an organisation that is willing to put in money and trust into first-time filmmakers. It was a really good opportunity.

8 – You were mentored by Boo Junfeng while making this film. What’s your biggest takeaway from that process?
Junfeng is very respectful of the filmmaker’s process. He gave us a lot of space to create and rarely intervene, but when he does, it is usually for a really good reason.

9 – Creatively, and personally, what was your biggest takeaway from the Temasek 20/20 experience?
Playing the role of the director didn’t seem to give me much of a choice, but to listen. And I am really bad at listening — both at work and in real life. I don’t think I have gotten much better, but at least I hope I can tune in a little better now.

I read this before somewhere: “I think that if you have a talent for acting, it is the talent for listening.” This can be very different from what usual people know of acting to be — an act of performing; an act of expressing oneself, on the contrary, it is the ability to be extremely present in a situation, to pay attention to things around you and respond sincerely to them. I think it was Morgan Freeman who said that. 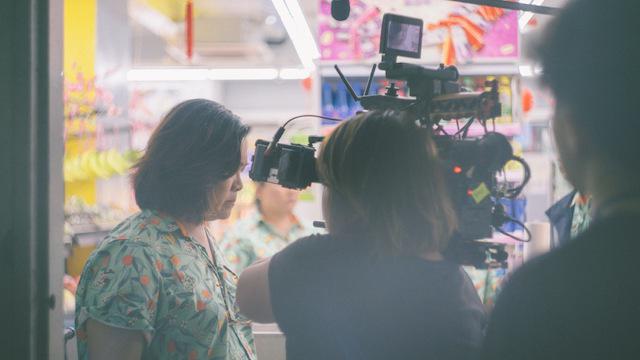 It is the same for directing, I feel. Many people think that being a director means having the urge to express oneself, but I think it has more to do with listening.

There is no way where you can tell whether or not an actor is listening, but to listen yourself. In other words, it is to be in the moment, with your actors and your entire team. And I am not good at that.

Maybe because in writing and editing, I am used to having more time and space by myself to react to sources of information, hence there was no real need to be in the moment apart from with the work.

I’m still not great at it, but I’m getting better at listening and at being present, which hopefully translates into the film I’ve created.

All production photos courtesy of Gladys Ng and Nicole Chai.

Cashier Aunties Lock Down A Supermarket Believing They Were Shortchanged
Share Your Vision Of Singapore’s Future In This Competition!
In Her Own Words: Jean Goh On Composing ‘We’ll Be Okay’
In Memory Of Her Late-Grandmother Who Suffered From Dementia
In A Future Where Humanity Is Muddled By Technology