Chills Ran Down Her Spine Mid-Prayer. She Wasn’t Alone. She woke up in the middle of the night to pray. Groggy from lack of sleep, she still performed her religious duty. 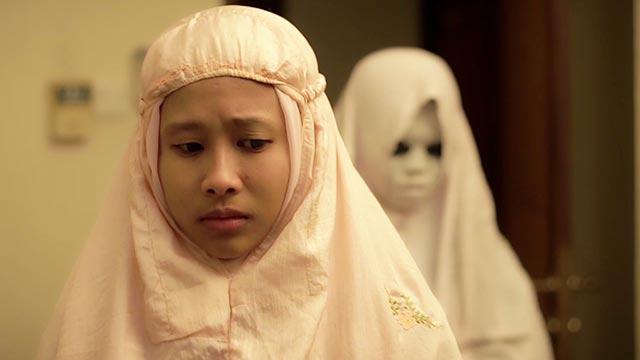 But a chill ran down her spine when she felt a presence.

Was this a prank by her dorm mates or the work of something more sinister?

‘Makmum’ won Best Horror in Hellofest 2016 and received a Direction Special Mention in The Crappy International Movies in Sueca (CIM-SUECA) 2016.

Just one more! Next, watch Vesuvius: Her Holiness whispered at his ear. He did as he was told.

This Wasn’t The Chinese New Year Eve Dinner Any Family Would Want
He Woke Up In A Field; Alone, Disoriented. It Wasn’t The First Time.
She Found Her Sister Playing And Laughing Outside… She Wasn’t Alone