Take a moment to think about your closest friends. Isn’t it amazing that they were complete strangers when you first met them?

How exactly are friendships forged? How does destiny bring people together who have nothing in common, and tie them in a bond that is often everlasting?

This animated film will make you think of all these questions and perhaps help you find some of the answers. 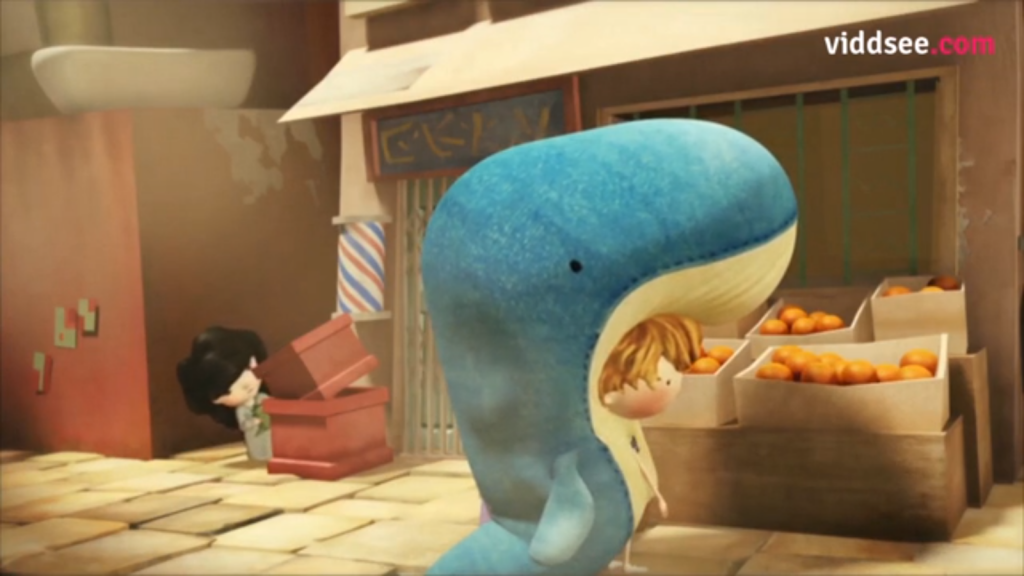 ‘The boy in the whale suit’ is the story of a little girl called Daiyu who watches a boy walk past her house in a whale suit every day. One day, curiosity takes the better of her, and she decides to follow him.

Daiyu finds herself in the middle of a little adventure, one that leads her to several discoveries, not just about the mysterious stranger, but some about herself too.

This delightful film explores how children perceive each other, and how friendships are formed between the unlikeliest of people.

‘The boy in the whale suit’ was the winner in the Student Category of the 2014 International Animation Festival, Uruguay, and won several awards at the 2014 Crowbar Awards, Singapore. It was also the official selection for the KLIK! Amsterdam Animation Festival, the Singapore Short Cuts 2014 and the TBS Digicon Animation and Film Awards in Singapore.

Liked this? Here are three more animated films about friendship. Kungfu Bunny & His Doggy Sidekick Save Their Creator From Hostile Takeover
They’re Letting It All Hang Out, In An Epic Men’s Night Out