If this short film had no backstory, we could say that Ah Boon and his dad were just housemates. Simply, they shared the same living space. That was about the extent of their relationship. And that wouldn’t have mattered to anyone.

This father-son relationship was maintained at a minimum effort: father and son by name, a house for a home by name. 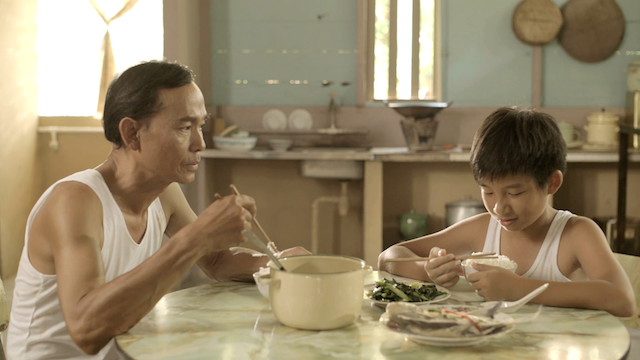 Boon leads a very full and multi-faceted life as a young professional. He’s efficient and professional at work, reliable and personable at the community centre.

But when he comes home, his demeanour changes drastically. It comes from twenty years of resentment towards his father for his mum’s early death.

His dad’s odd-job work could not provide sufficiently for a young family, nor his mum’s medical bills. 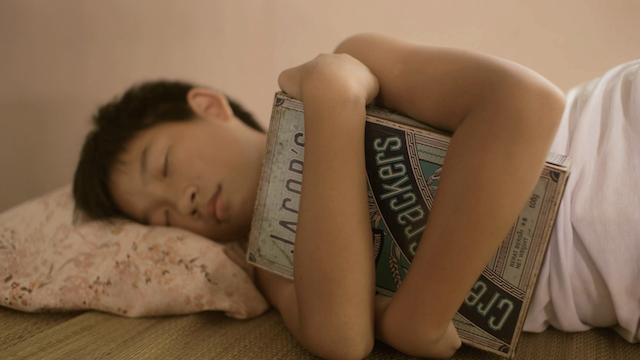 His dad tries to reach out to him, offering a box of homemade biscuits, a small but meaningful gesture.

A box of biscuits cannot heal years of hurt, but at least it’s a fresh start and reminder to make new memories.

They both have a long way to go, but that marked the beginnings of a bittersweet reconciliation.

Watch another film on family life, ‘Closer Apart’ 《团圆》 by Jason Lee (Singapore), about a father who does something drastic when his family becomes strangers to him

He Realised That Father Didn’t Belong In An Old Folks’ Home
After Four Years, He’s Bringing Mum Home, Just Like He Promised

Feeling Lost In Your Home Country Sucks. Then, She Found Her Heart.