Ali lies on the floor of the empty house, holding a portrait of his dad close to his empty heart.

He was never there for his dad. And now that he’s no more, a flood of guilt, grief and regret is sweeping over Ali.

He tries to sleep, but the tears won’t stop. He dreams that his dad comes to him, to wipe his tears away and comfort him. The next morning, Ali finds something strange in his bed — a baby!

A baby that somehow reminds him of his dad. 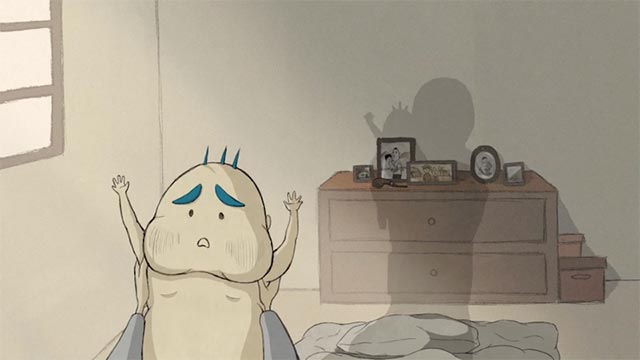 Has his dad come back? To give them a few precious moments together again? Moments that Ali had lost in his pursuit of success in the city? Ali flits in and out of his imagination and reality, experiencing the same moments with the baby that his dad had experienced with him.

And finally he knows what it is to be a father. He sees time fly by. He sees himself leave his dad to a sad, lonely life.

He tries to reach out, but it’s too late.

Can Ali ever find closure?

Just one more! Watch this Korean animation about a woman’s longing for home, as a mother and as a daughter. He Waited For Dad To Return From Sea. The Sea Returned With A Gift.
He Realised That Father Didn’t Belong In An Old Folks’ Home