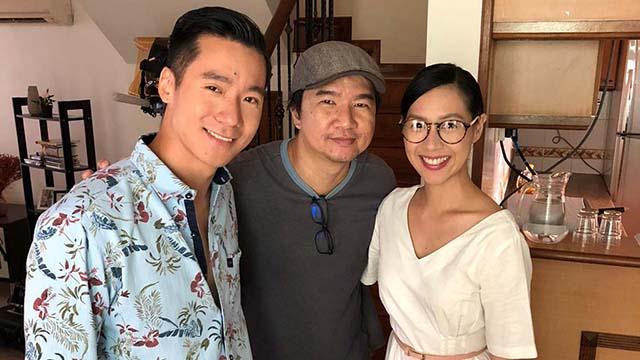 The leads of the ‘The Multiverse At 13 Hill Ave’ with the director Daniel Yam. (l-r) Joshua Tan (who plays Dave Chan), Daniel Yam, Caryn Cheng (who plays Sarah)

Singaporean filmmaker Daniel Yam needs no introduction with runaway hits for his short films such as ‘Ripple‘ and ‘Gift‘. Beloved by many Singaporeans, Daniel has a knack for striking straight to the emotional heart of the story and resonating with his audiences.

His most recent 5-episode web series is also a Viddsee Originals production, ‘The Multiverse At 13 Hill Ave‘. It tells the story of Dave, Sarah and their son Ryan, and within the confines of 13 Hill Ave, they discover that there exist portals to parallel universes.

Each of the inhabitants of the house gets pulled into multiple dimensions, confronting different versions of themselves and each other all in different lives and living different scenarios. Played by Joshua Tan, Caryn Cheng and Ethan Ng as Dave, Sarah, and Ryan respectively, Daniel talks to us about the process of telling this complex story of multiple plotlines and the making of’The Multiverse At 13 Hill Ave‘. It was a long and tedious process to create the screenplay. Although he was excited about the concept, he had to think of how the characters and their counterparts in different universes would affect each other. One of the biggest constraints was the lack of time, especially when shooting an actor playing two characters in the same shot.

“In 5 short episodes, 3 actors played 17 different characters and the house was redressed for 5 different dimensions. There were moments where the actors were performing against themselves! Shots involved seeing the same actor playing 2 roles in the same shot had to be shot on a split-screen. We would lock the camera – let the actor act on the left side of the shot, then take 45 minutes to redress and reset makeup to play the character on the right side of the shot. A sequence like that would take hours to complete with repeated takes.”

The house itself is a character in the story

Struck with the compelling concept, Daniel decided to link the character’s lives together within the house. “Single location films fascinated me and it may sound like an easy and fast way to shoot a story. But how do we make an interesting story, stuck in a single location? The location had to be another character in the story too. It all came down to the actors’ performances and the craft of storytelling.”

“Stop searching for something better”

The biggest theme of ‘The Multiverse At 13 Hill Ave’ is about searching. “Every character is searching: for a chance to say sorry, to find a better love, to go back to a familiar place once lost, for a second chance… I think we like to dwell in the past in sadness or regret. So, to progress is to really focus on our happy future. Stop searching, start moving on.”

“I think it’s really about moving on and not being held back by regret.” 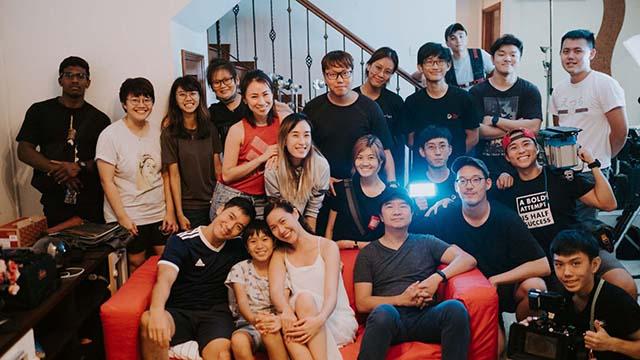 The cast and crew of ‘The Multiverse At 13 Hill Ave’. The cast (l-r: Joshua Tan, Ethan Ng, Caryn Cheng) and director Daniel Yam are seated on the red couch.

Does Daniel believe in the multiverse?

“Personally, I wish it would exist. We are too lonely. We should meet someone who knows ourselves best. In the spirit of the episodes and series, let’s leave the possibility of a multiverse an open question.