‘Blood Taxi’, a short film made by Anja Dimova and her classmates at the Lasalle College of the Arts in Singapore, tells the story of Rahman (Awad Salim), a taxi driver who patrols the dark side of Singapore. He picks up two passengers whose destination, ultimately, was his end.

We had an interview with her as an in-competition selection for Viddsee Juree Singapore 2019! 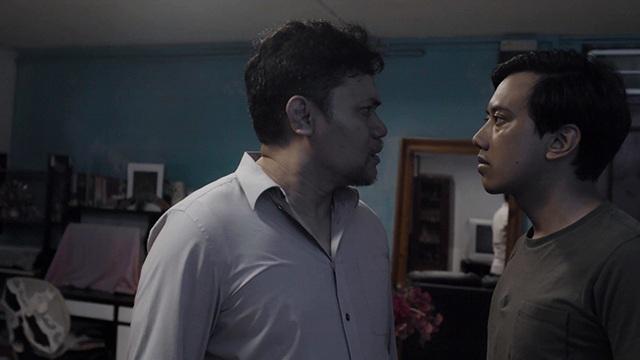 Awad Salim as Rahman, a single father, and Muhammad Hazim as Zul in Blood Taxi

Patrolling the dark side of Singapore in ‘Blood Taxi’

Money, or the lack of it, becomes a constant pain point in Rahman’s relationship with his son, Zul (Muhammad Hazim). As a single father, he takes offence with Zul’s lackadaisical attitude and berates him for not knowing the value of money or life.

As the story unfurls, Zul gets a crash course on exactly that: life and death, and life and debt. 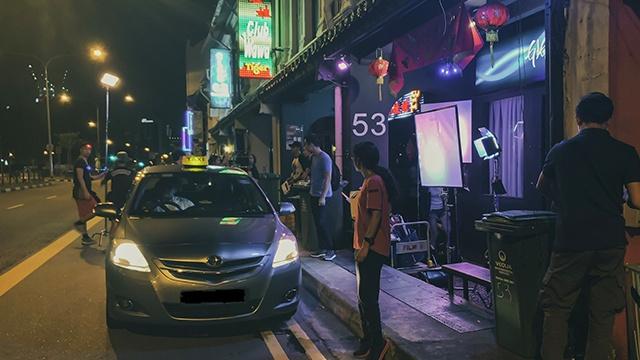 By streetlight, at the dark side of Singapore, on the set of Blood Taxi directed by Anja Dimova

“What if the driver picked up passengers whom he thought would to kill him?”

The inspiration for this film came from Jonathan Chow, the production writer in Anja’s team. He started to imagine what the lives of night-shift taxi drivers were like, and wondered about the dark side of Singapore that they see.

“What if the driver picked up passengers who he thought were going to kill him? The implications from this question led to developments beyond the exterior night-life world and into the character of the taxi driver. How difficult was his life? Was he coping well? What were his hopes?

“As I answered these questions for myself, I realised that I wanted to focus on a hardened father who had nothing left in this difficult world except his son – who would tragically be his brightest hope but also his fatal undoing.

Macedonia-born Anja’s biggest challenge was taking on this story from a very local, Singaporean context. She dived into Singaporean culture, Malay traditional and religious values, and social issues like loan sharks and the struggles of ordinary taxi drivers with the help of Jon and Spencer (writer and producer).

Getting a taxi was the other challenge, as many local taxi companies had rules and regulations that had limited views on media exposure.

Anja recalls: “I remember Spencer, Jon and I sitting at one corner of a HDB corridor. We were desperately looking for ways to solve our taxi issue, while the rest of our crew was setting up for our apartment scenes. Eventually, we were able to get a contact from one of the local taxi companies and get three cabs for one of our scenes. 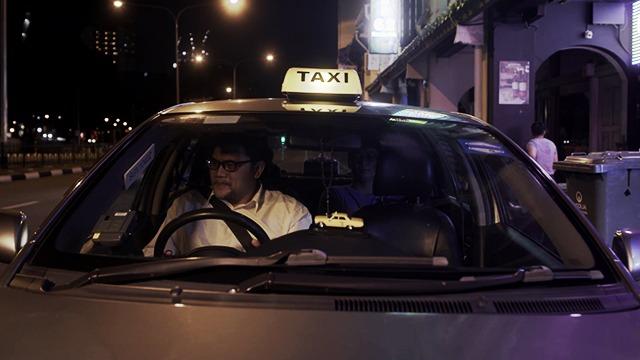 “But because our actor did not have the taxi driving licence, we had to improvise by dressing up a rented car with a taxi sign, meter and personal items. I am proud that we unleashed our creative side and created something unique and memorable!

“I feel that a shoot is not a proper shoot if you don’t come across an obstacle or a struggle. Eventually, it’s the teamwork and collaboration in the end that will help you overcome anything. When you put all minds in one problem, you will for sure find a solution – And this shoot helped me learn that.”