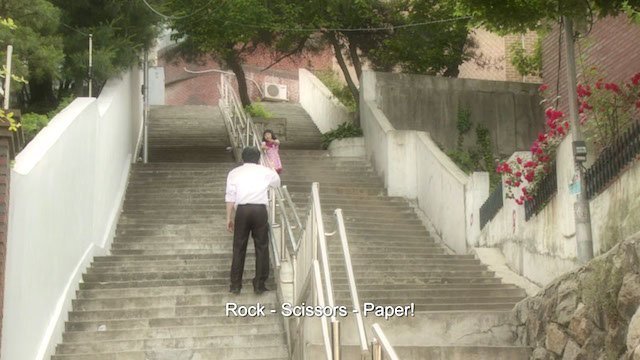 Jung-Mi takes a train ride and a walk down memory lane on her dad’s death anniversary.

She meets a mysterious kid who shows up in her old home. She runs after her, and they run through fragments of her memories with her dad.

Jung-Mi finds herself following her to surreal places and memories that seem familiar: rock paper scissors game, a memento from dad, and the conversations they had.

Here’s how she confront her fears and unfulfilled wishes.

‘Hide & Seek’ is part of the Asian Cine Salon channel on Viddsee.

Fate Played A Cruel Card On This Retired Grandfather

Does It Matter If Mum Wins Or Dad? The Kid Still Loses.
When A Young Peeping Tom Realises He Couldn’t Look Away
These Friends Are Still Playing Tag. The Stakes Just Got Higher.