On The Day He Graduated, He Made Mother A Promise The day he graduated Michael made a promise to his mother — that family would never play second fiddle to his career. That vow was put to the test when mother fell ill. Even with the help of a nurse, caring for her took a toll. 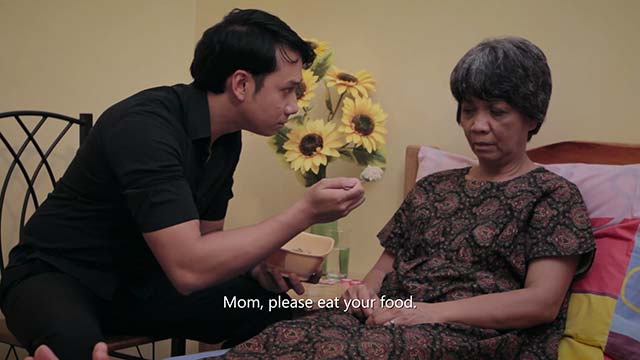 Although Michael tried his hardest to juggle between work and home, there were far too many responsibilities in the air, and he consistently found himself lacking.

With a big overseas client to impress, he had to choose between staying by his mother’s side or leading the team at the meet. He made a choice, one he would come to regret.

He could quit his job, but he could never quit his mother.

Just one more! Next, watch Essence of Love, about a busy working mother who learns an unexpected lesson at a dinner she almost missed.

Article by Karen Wong in Good on September 4, 2020

He Abandons His Mother’s Religion To Discover His True Beliefs
He Knew Mum Was Leaving For Promise, But It Felt Like A Punishment

A Son Confronts His Mother For Abandoning Her Family
On His 21st Birthday, Mother Made A Meal He’ll Never Forget