70 years on the job, never taken a day off. Except when the typhoon warnings hit T8.

Meet Wong Kwong, an 88-year-old man who has been peddling ice-cream and candy on the streets of Hong Kong.

This documentary takes us through a typical day in his life. His love for his ice-cream cart, which he lovingly refers to as his “Rolls-Royce”, the people he meets, his ‘indulgences’ at fast-food restaurants, his lonely mealtimes, they all tell the story of his resilience and mental strength.

His views on money and materialism have an old-world charm, but something that we could all do with.

In some ways, he represents the spirit of old Hong Kong.

It was nominated and selected for other festivals in Hong Kong, Italy, Hungary, Germany, the Netherlands, China, and in the UK.

This documentary is supported by the Hong Kong Short Film: New Action Express, an initiative of the Hong Kong Arts Centre that promotes Hong Kong as a unique and vibrant creative hub in Asia.

Article by Manisha Nayak in Voices on February 18, 2017 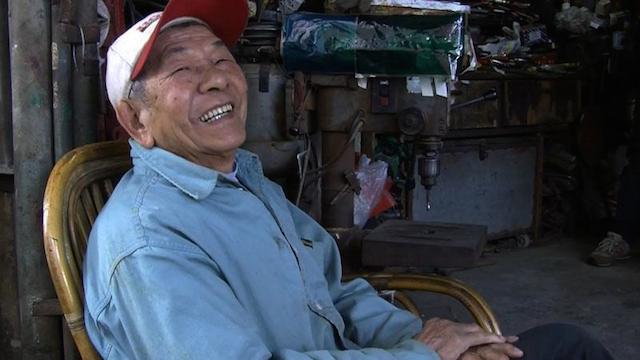