He has a work of art to sculpt, a vision to make real, a goddess to render incarnate.

A devout sculptor spends his days painstakingly reconstructing a heavenly tableau. He lugs stone blocks up the stairs to his room, and worshipfully chisels away towards perfection. Nothing can tempt him from his celestial calling, not even the brothel next door. Pastors, priests, and monks may fall, but not him. He remains as steadfast as the stone he carves.

But even stone cracks. The more he labours, the more he finds himself transformed, turning slowly into the very substance at which he slaves away. More statue than man. 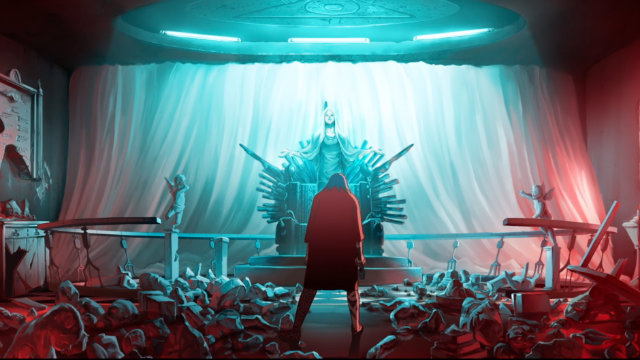 As he continues to chip away at his divine duty, he grows maddeningly more aware of the unholy pleasures taking place on the other side of the wall.

‘Tale Of A Rebellious Stone’ is part of our ifva channel on Viddsee.

This short film won the Gold Award in the Animation Category at the ifva Award 2014, the top prize in the Hong Kong region at the 15th TBS Digicon6 Awards, and Animation – Excellent Works at Asiagraph 2013.

Next, watch Dill Doe: Here’s the downfall of a manipulative Facebook friend.

A Domestic Helper Gave Her All To Two Households. Now She Has No Home.
The Newborn Is A Bait, Soon They’ll All Be Dead