Eileen Chong On Creating A Safe Space For ‘Confessions’ 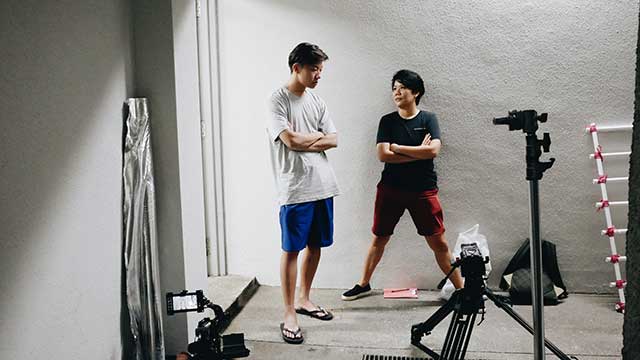 Eileen Chong (right) on the set of Episode 5, Descent

Eileen Chong has made a lot of documentaries. But she’s never made anything quite like ‘Confessions’.

To capture such stark emotional honesty, Eileen had to do a lot more planning, direction and mood shots compared to her usual work.

The award-winning filmmaker shares more in our chat below:

1 – When you were conceptualising ‘Confessions’,what was the framework you developed that led to this uncommon series with a unique point of view?

I asked myself many times, “how can I bring the audience back in time when those being profiled had their biggest struggle?” I didn’t feel that a talking head would do it justice, nor were there relevant b-rolls that I could use. 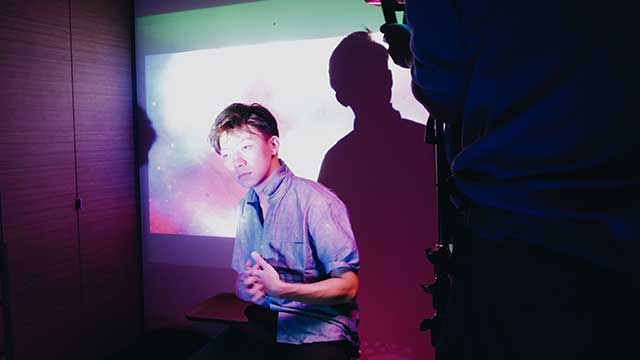 Behind the scenes Episode 5, Descent

So I tried to metaphorically craft and script those important moments so that the audience can have a visual experience. We took the words from the profiles and added it in as a voice over, to allow the user to experience their ‘thinking’. So the series ended up looking and feeling like a hybrid.

2 – How did you go about selecting the featured personalities?

The overarching theme was to find profiles that had a health challenge. I wanted to look for challenges that felt unique or at least touch on it in a different way. 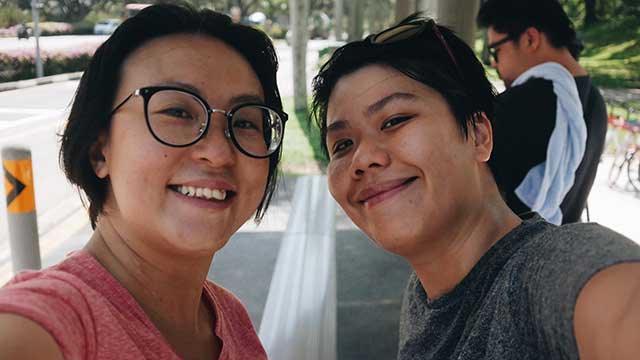 Eileen (right) together with Serene Lee, the heart transplant recipient profiled in Episode 2, A Change Of Heart

For example, instead of going through the hard facts about heart transplant in Episode 2, I explored the literal and emotional idea of a change of heart.

My team and I would conduct pre-interviews to establish if we could build an authentic relationship with the profiles, their desire and ability to be vulnerable and honest, as well as the best way to capture their story on film.

Watch ‘Confessions: Ep 1 – Do You Remember?’ by Eileen Chong (Singapore) on Viddsee:

3 – Talk us through how you created a space that allowed for such intimate confessions.

2. Never ever make judgements about someone when listening to their story. Stay neutral, open and empathetic or you’ll never get the vulnerability that you hope to capture. 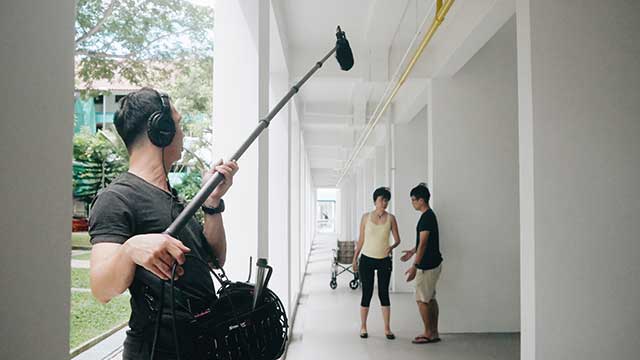 A behind the scenes look at Episode 3, Struck By Lightning with Carolyn and William

3. Be a human being, not a filmmaker. Sometimes we need to drop our filmmaking agenda, and just be a friend to those we’re profiling.

4. Prep the profile with a story outline. In Episode 4, we shared the storyboard with Nichol to mentally prepare her before filming. Then prep the main crew too. If you have a responsible crew on set, they will know and hold their own while filming a sensitive moment. 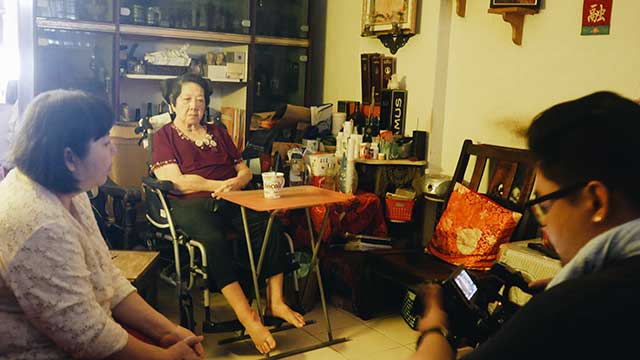 A tender scene while shooting Episode 1, Do You Remember?

4 – How much guidance or direction did you give to the featured personalities in sharing their personal stories?

In the conversational documentary parts, I briefed the profiles on the scene and then let things naturally happen. For the mood shots, I would help them be in the right mood by asking them to remember how they felt at that moment.

I like to take it slow by giving some time for the mood to set in and roll a few times. I preferred to see how they react first, rather than tell them exactly what to do. As they are not actors, they cannot be overly directed. 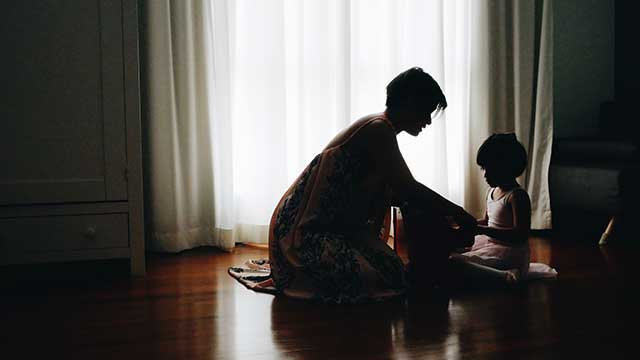 Behind the scenes of Episode 4, Being Nichol

5 – What was the most important thing to you when crafting this series?

At the end of the day, the profiles can see the journey of their lives and tell themselves that “I came a long way and I made it.”

6 – What were you surprised to learn after making the series?

No real surprises, but I certainly learned a ton while making the series!

Confessions is part of the Viddsee Voices project to develop original films that explore with local content creators issues commonly overlooked in our society. Watch the 5-part series now!

In Her Own Words: Eileen Chong
What It’s Like To Receive A Donated Heart And Bring It Back Home. A Documentary.
This Is What It’s Like To Be Struck By Lightning And Survive
How One Woman’s Quest For Perfection Led To Food Becoming Her Enemy
A Daughter’s Raw Confession To The Mother Who Has Forgotten Her