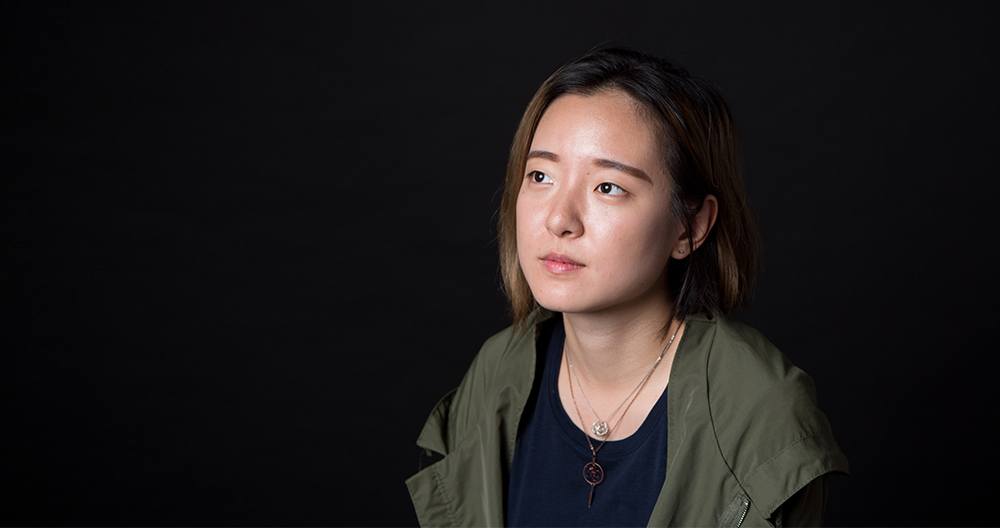 Christine Seow is the director of ‘While You Sleep’, a social documentary series that focuses on Singaporeans who work in the graveyard shift.

The five-episode series profiles the extraordinary jobs of an animal rescuer, a suicide hotline volunteer, an ambulance driver, an A&E medical staff and an embalmer.

Watch ‘Buy and Throw Away’, Episode 1 of While You Sleep, by Christine Seow (Singapore) on Viddsee:

While You Sleep looks at the jobs of five people who work in the graveyard shift. Could you share with us what sparked this idea?
I came back late from a night shoot once and I met my sister at the lift. She’s a nurse doing shift work. I realised I haven’t seen her in a while, and the idea of documenting ordinary people working extraordinary jobs in the shadows of the night came to me.

Still from ‘Life After Death’, Ep 2 of While You Sleep

There’s a wide spectrum of jobs at night — what was it about the work of these five people you chose that piqued your interest?
I wanted to explore a common theme of life and death. These stories revolve around humans in the industry of life and death.

What are some misconceptions that may exist about their work?
There are often stigmas regarding the nature of their jobs since death is always seen as a taboo. Some misconceptions include concerns about females working in such industries and I feel that these people are invisible to the public yet they play such a vital role in society. 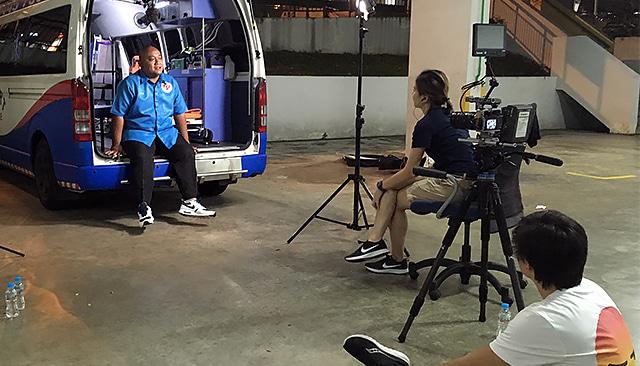 Interviewing Khairul the ambulance driver for ‘Not Just Vroom Vroom’, Ep 5 of While You Sleep

Were there any developments during your research that surprised you? What might Singaporeans not know about their own country at night?
I was surprised that the general public can be quite unkind.

In every industry there are different challenges, and I remember being surprised during my initial research ambulance drivers told me that people do not give way to them. They even encountered drivers who follow them all the way to the hospital to make sure that there was a patient in the ambulance, thus justifying the speed and rush of the ambulance. There are also patients who are commonly frustrated with the long waiting time at the A&E (Accident & Emergency Department), even though they are not in a critical condition. People have to be educated and learn to understand that there is someone else out there who is more in need of help, and not demand for their own needs to be met.

Also, Singaporeans may not perceive the similarities between working in the day and night. To a general public, working in the night might be an unpopular choice. However I feel that it is generally the same, and there are others who continue to work and toil throughout the night without thinking much of it. Working the graveyard shift, in my opinion, is neither a glorified aspect nor a factor to look down upon. It is just another side of Singapore that we may not know of.

Still from ‘Speak Up, Seek Help’, Ep 3 of While You Sleep

How do you interview someone whose identity and work are largely confidential, like the SOS suicide hotline volunteer?

Honestly, the episode of the SOS volunteer was quite a challenge. How do we film someone without showing their face? My team and I creatively explored the execution of our visuals together with the use of animation, to tell a heartfelt story from her point of view, without the audience actually knowing her. I had a pre-interview with her so I knew our limitations and worked around it.

Through working on this film, you became a graveyard shift filmmaker as well — is there a difference when shooting in this shift?
There is not much difference because working the graveyard shift is not something new to me. There are many other individuals who work at night as well, yet they are not distinct from those who work in the day. The only difference is the time. But as I simultaneously work in the day and night, sometimes shooting in this night shift is exhausting. 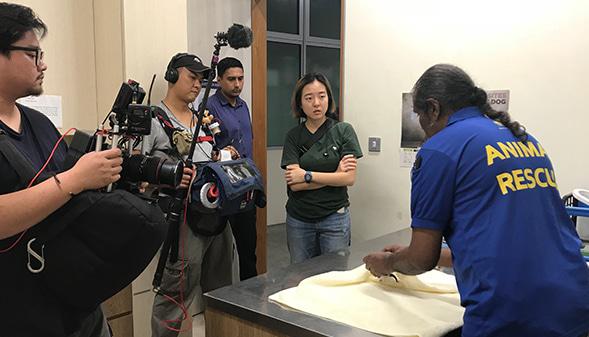 Mohan nursing a rescued kitten in ‘Buy and Throw Away’, Ep 1 of While You Sleep

What were some of your favourite moments while filming?
To actually witness the rescue of cats was quite amazing! Another unforgettable moment was prepping myself before entering the embalming room which was extremely nerve-wrecking. Hearing personal stories and seeing how real and palpable their experiences can trigger their emotions always remind me of why I love doing documentaries.

What do you hope to achieve with the production of While You Sleep? What have you learned on this project as a filmmaker?
I hope to raise the awareness of such jobs and industries and debunk certain myths and preconceptions about them. In addition, I would like people to understand the challenges of these jobs and hope the public can be more open-minded. 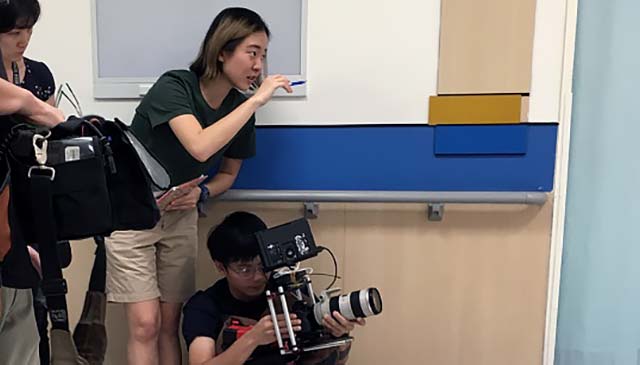 Behind the scenes of Patients Please, Emergencies Only!, Ep 4 of While You Sleep

What are the other stories you want to tell in the future?
Personally, I feel for those who fall through the cracks in society and would like to document their lives. Deviants and rebels who do not comply to societal standards and norms while being cast to the periphery may feel a sense of loss and unease. I would love to document such profiles and learn more about them.

On a side note, my sister has a calling for mission trips and I would love to one day follow her during a mission trip to a refugee camp and document the lives of refugees.

Watch Christine’s films on Viddsee, including While You Sleep!

Saving Lives At The A&E Department
A Day In The Night Of An EMS Staff
A Saviour On The Other End Of The Line
Saving Animals in the Graveyard Shift
Her Father Was “King of Caskets”. Now She Follows In His Footsteps.