Escapes, short cuts. All those are great, but the truth will always haunt you. The best way to overcome your fear is to face it, head on.

This is our takeaway from Zeacht Liew’s horror flick ‘1, 2, 3’, one of the three in the short film anthology 3 Doors of Horrors produced by Doghouse73 Pictures. The young Malaysian filmmaker shared this with Viddsee BUZZ recently in a session with his fellow collaborators.

Spoilers for ‘1, 2, 3’ ahead: The protagonist, Hui Ting, is a novelist who created a piece of fiction about a game with the supernatural. The game has an element of hide and seek, very close to cultural variations of “What’s The Time, Mr Wolf?”. A young reader, all of 16, inadvertently started the game in real life and was haunted by this being for 10 months. She’s on the run and is now at her wits end — the ghost is catching up on her.

Hui Ting dismisses her. She just wishes to get ahead with her life, but even she is trapped in the same game, haunted by ghosts of her past.

She, too, becomes a victim, but she’s only concerned about her own escape. In seeking out the solution, she distracts the schoolgirl at a crucial time. The schoolgirl meets a fatal end.

“The backstory to Hui Ting’s character is that she is a novelist who made this story up based on research on the Internet. She refuses to take on any responsibility when it turns out that it has affected someone in real life,” Zeacht shares.

“But reality is like a ghost. You need to face those fears. (Hui Ting overcame the first ’round’), but because she caused the schoolgirl’s demise, the game will continue to haunt her.

“Escaping isn’t always the best answer. We have to fight and stand up for our rights, to not retreat in the face of fear.”

Scare tactics and effects come cheap (relatively), but what this year’s 3 Doors of Horrors anthology wants to produce stories with some depth, especially about issues related to our every day lives.

For Zeacht, ‘1, 2, 3’ has an underlying commentary about social responsibility as consumers and producers of media content. Zeacht created Hui Ting’s character to reflect this intent. This vision and the backstory to Hui Ting’s character be expanded upon as a feature film, he shares.

‘1, 2, 3’ is also the first horror flick for Emily Zying, who plays the young schoolgirl Mako. “She’s forced to grow up, even after being chased by the ghost for 10 months. But in her naivety, she manages to find simple solutions like doing the maths and avoiding the ghost, all done on calculation on a school exercise book,” Emily says.

“Working on this and other short films are fun, because these opportunities aren’t easy to come by. Commercial acting jobs pay the bills — there’s stress, and responsibility — but working with these collaborators feels different. We’re all passionate about the same things. We love films and we believe in producing work with positive messages.”

If you enjoyed ‘123’, watch the second short film in this year’s 3 Doors of Horror anthology, Phyu Phyu, about a security guard who helps a young Rohingya girl find peace. 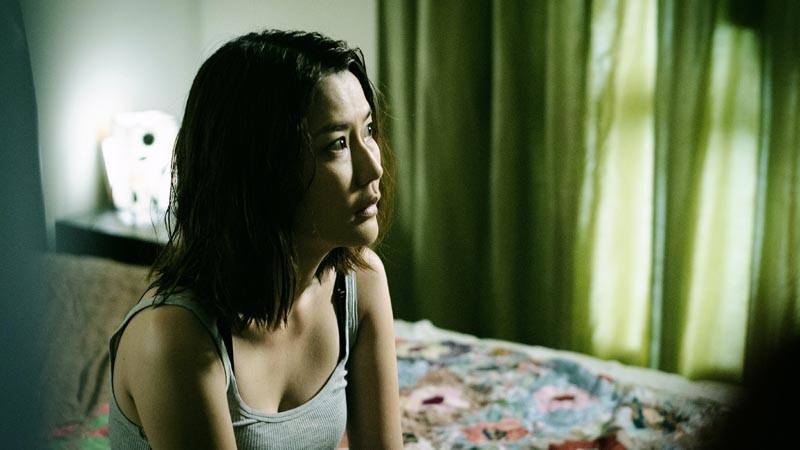 The Haunting Begins At The Stroke Of Midnight. Again, And Again.