The myth of overnight success is, for most, just that – a myth! You will be hard-pressed to find film directors whose first stab at filmmaking turned out to be a runaway success.

Most directors pay their dues by starting small: a smaller crew, a simpler script, limited equipment, smaller budgets, and short films. They can hone their craft, learn from mistakes, and find their voice by starting small.

It’s also time to debunk the idea that the format is something filmmakers “graduate” from, as if it were inferior to feature-length films. Notable filmmakers like Yasmin Ahmad and Wong Kar Wai made short films even after their careers took off.

We made a list of short films of famous directors you can watch on Viddsee. Some of these films were made before their director’s claim to fame, and some after. It’s with hindsight, of course, that we get a grasp of their vision, voice, and career trajectory.

But before that, he made short films (five of which are on Viddsee). As far as themes go, ‘Karang Guni’ exemplifies some recurring motifs and themes in his films; the characters are profoundly lonely, maybe even marginalised, and forgotten by society.

It’s also because of this loneliness that they manage to connect deeply, albeit briefly, with one another.

In ‘Karang Guni’, a local has a serendipitous and brief encounter with a foreigner as he goes about his daily collection routine as an informal trader of recycled goods. Despite their different personalities and background, they find a connection with each other.

Those familiar with Anthony Chen’s short films might find ‘Karang Guni’ to be very similar to his other short film, ‘Hotel 66’, since they both largely take place in confined, isolated spaces, and feature characters drifting along the fringes of society.

The late Yasmin Ahmad is Malaysia’s most celebrated director of her times.

She is seen as controversial by some Malaysians, especially the social conservatives. But her films were not provocative for the sake of provocation. It was the humanism in her films that many were uncomfortable with.

By any measures, Malaysia is a very diverse and multi-racial. But it also has positive discriminatory policies (or, “affirmative action”) that favours the majority ethnic Malays.

We’ll skip the history lesson and put this very simplistically: the spirit of these policies spills over to social relations and everyday life.

Interracial romance is a taboo for many conservatives, but Yasmin Ahmad’s films portrays pluralism unashamedly.

‘Chocolate’ is her swansong short film. In a little over two minutes it shows very plainly the distrust between racial groups, and does so in a poignant and humane fashion.

If you’ve seen Arvin box-office success 《一頁台北》’Au Revoir Taipei’, you’ll find that his penchant for whimsy is also at full force in ‘Mei’.

This short film is set in a Taipei night market and revolves around a young man who works in a noodle stand. His co-worker Mei, unbeknownst to her, is the object of his affections.

Both films channel Woody Allen in more ways than one: there’s the slightly awkward young man who becomes infatuated with a quirky young woman; there’s also the jazzy score playing in the background.

The cast is engaging and likeable, and their sweetness accentuate their innocence: a shy young man uncertain about showing his feelings to his love interest; the other, a starry-eyed girl with big dreams.

Banjong is not new to the international horror scene, having co-directed ‘Alone’ and ‘Shutter’ with international commercial success. (‘Alone’ was subsequently adapted for Hollywood audiences, but the overall consensus was that it flopped.)

Before embarking on marketable genres and commercial successes, and before joining forces with co-director Pakpoom Wongpoom, Banjong made horror anthologies. And to rewind further, he made romantic and dreamy short films about quirky relationships, like this film about a colourblind TV repairman below:

‘Colourblind’ is Banjong’s second short film. It was made in 2002, and was screened and recognised at festivals in Thailand, China, Singapore, Korea, Indonesia, Europe, the UK and the US.

Word is that Banjong will be departing from horror and is contemplating a romantic drama as his next move!

Editor: Hold off accusations about limiting ourselves to only four famous filmmakers. This is an active list and we’ll be adding to it. Do you have any suggestions? 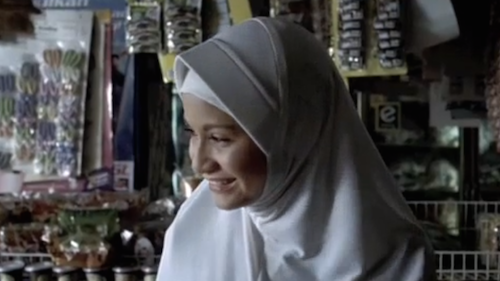