Hilom is a breathtaking debut short film by Paul Patindol, who is better known as a cinematographer in the Philippines. Set against a vast natural landscape in the Philippines that had just recovered from Typhoon Yolanda, Paul tells a story about a pair of twin brothers whose lives become disrupted by another boy, and how they come to heal from that disruption.

Paul talks to us about his aching for his hometown, on working in a landscape of destruction and healing and letting go to create magic with his co-creators, especially with children. #1 An Aching For Home

Paul wrote a screenplay in 2015, while he was studying at the Marilou Diaz-Abaya Film Institute and Arts Center. He wanted to capture his strong aching for his childhood home, the island of Leyte in the Visayas group of the Philippines.

It was only until after the disaster of Typhoon Yolanda and its rehabilitation that Paul tried to examine everything that he felt and carried all those years, including that screenplay. One memory stood out vividly. It was a confrontation with an adult, as seen in the film, from when he was about nine or ten years old. That memory, and an aching for a home that he could never return to, was the inspiration for Hilom.

“I wanted to explore how one endures after a severed connection. And after reading up on concepts of leaving and returning home, I encountered the Welsh word, hiraeth – I felt it accurately described what remains after a heartbreaking loss.” 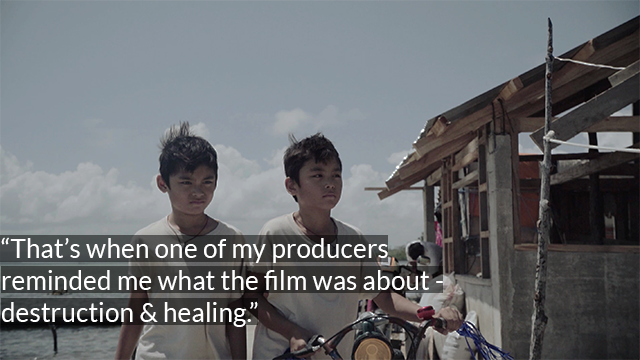 #2 A Landscape of Destruction and Healing

The beautiful landscape where Hilom was set mirrors the twins’ story of healing after adversity as the place itself was recovering from its destruction from Typhoon Yolanda. Paul found the landscape beautiful, and wanted to keep every frame he could, even if he knew that “the film could and should not be a mere montage of moving postcards.”

“That’s when one of my producers, Gian, reminded me what the film was about – destruction and healing – and that it is essential to know when exactly to wound the frame and when to heal it.”

“How these rocks endured the Pacific Ocean’s every smashing wave spoke to me about our human capacity to be metamorphic.”

In researching the characters of Andres and Gael, he studied the Greek mythology Dioskouroi, about the inseparable twins of Castor and Pollux and explored their strengths, weaknesses and colours. He also looked into psychological studies on twin behaviour, the concepts of yin & yang and the Greek theme of coming home, nostos.

He found Andrew and Joaquin from a Facebook audition call. They were not professional child actors but he wasn’t discouraged as he saw that they shared a beautiful and powerful connection that carried the essence of the film.

“Their twin connection was really the heart of the film. The Maog twins have a beautiful connection that reminded me why I wanted to tell a story about my own childhood.”

It was important for Paul, as a first time filmmaker, to have the guardians involved in every step of the process. While the film explores themes of innocence, awakening and social judgement, the core message that resonated with the guardians was: we protect who we love. #4 Magic Happens When You Let Go

Although he rewrote his screenplay to incorporate idiosyncrasies he had observed of the children, Paul had a particular vision for the film that he found difficult to deviate from. However, after realising that many scenes were not working, he had to learn how to let go and to trust the actors for their organic input.

“I learned that filmmaking cannot be just about you and your vision and voice. Everyone on the team is essential to the storytelling. You create together. You concretize together. When you give your co-creators, especially the children, the opportunity to create magic, that’s when the story wins.”

#5 Empathy Can Save Lives

“My hope is that we find in ourselves the empathy to understand what we do not or cannot, and to be kind – that may be more than enough to save a life.”

Hilom’s end conveys the uplifting resolution that in adversity, the twins discovered that they had each other through one brother’s empathy towards the other.

Boasting two wins at the Cinemalaya Philippine Independent Film Festival 2017 and FAMAS Awards, we certainly hope to see more of Paul’s screenplays as he embarks on this filmmaking journey!

Twin Brothers And The Loss Of Innocence Is Viddsee Dec Shortee 2018
The Storm Destroyed His Family And Home, But Not His Spirit 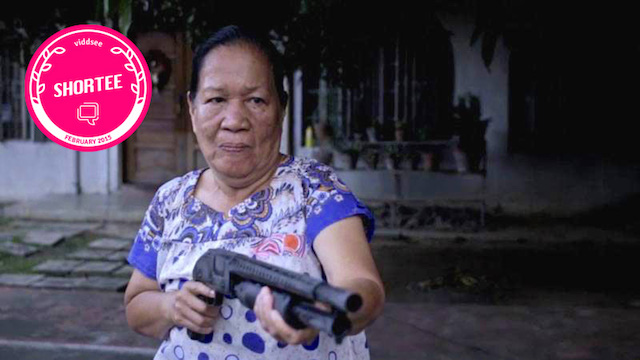