Leroy Lim believes everyone just wants to be accepted and loved, and we should learn to treat each other as equals.

Leroy’s short film ‘I Believe’ was made for the pilot season of 20/20: The Temasek Short Film Project. It tells the tale of Peter, a young man who learns a valuable lesson on faith through his encounter with autistic teenager Anthony.

The story is a dramatic retelling of filmmaker Leroy Lim’s real-life experiences with his autistic friend, Kaven, and the lessons he learned through their friendship. We spoke to Leroy to find out more: 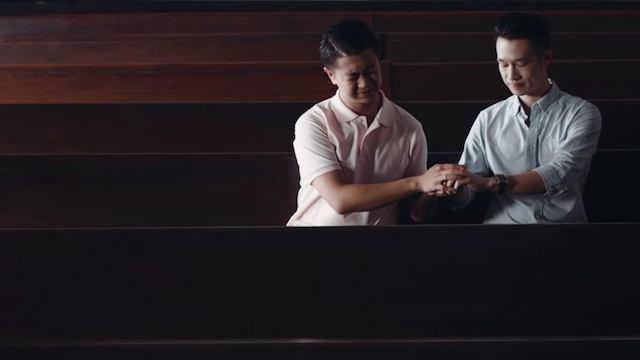 Scene from I Believe

Tell us more about Kaven
One day Kaven sat me down and said ‘Can I pray for you?’, which threw me a curveball.

I had assumed I was the one who was supposed to be looking out for him. I guess deep down, I thought I was better than him somehow. It’s ridiculous as a notion, now that I think about it. That moment turned things around between us.

Could you talk us through your decision to play the interview with Kaven as the credits roll?
It was on a whim. I wanted others to know what it sounded like. At the time, Kaven spoke in a certain way. I remember thinking ‘No one else knows the way he speaks, not many would know how an autistic individual chats.’ Every other sentence began with ‘I believe’.

‘I believe, next Thursday, you’ll be having dinner with me,’ and ‘I believe I’ll have a girlfriend one day.’

That’s partly why the film is called ‘I Believe’. Behind the scenes of I Believe

When you were making this film, who did you have in mind as the audience?
I wanted to reach a local audience, because growing up in Singapore I had met autistic individuals who were always sidelined. I realised many around me didn’t have an inkling of what autistic people are like.

It was also for people like me, who mistakenly believed I was a notch above someone with autism. I also wanted to speak to the Christian community, which I am a part of. The irony is that for a community that is supposedly inclusive, sometimes we can be exclusive.

What is the message you want to impart through your film?
I think everyone wants to be accepted and loved. We can all take more time, have more compassion, learn and experience more — help everyone have that place where they belong.

What was it like working with your mentor Wee Li Lin on ‘I Believe’?
Li Lin was great — invaluable, really. She walked me through the audition process, recommended actors, and gave insights into the editing process and how to guide my actors. Even after the shoot, she was still helping me put together a stronger film.

It’s really precious to have someone that experienced come onboard and assist you in the process of making a film. As a young director, you don’t exactly know what you’re doing. She helped shape the process to tell the story more effectively. She was great!

Behind the scenes of I Believe with Gavril (right), the first assistant director on the set of ‘I Believe’

How do you choose the people you work with?
I’m looking for people with shared values who strive to tell similar stories. Those who are like-minded, creative, can pull out a whole bunch of ideas and let conversations spiral almost out of control! The collaborative process becomes incredible then.

You don’t want people who shut down ideas, or become a brick wall.

As a film writer, how do you develop your characters?
I draft my characters based on people I know. I used to write each character as a silo, but they became self-absorbed and didn’t link well with others. I now try to think about how my characters would respond to each other, which is more lifelike. I like people to reveal their flaws through subtle things, like the way someone worries about money or family — it tells you what is important to them, what they’re afraid to lose. 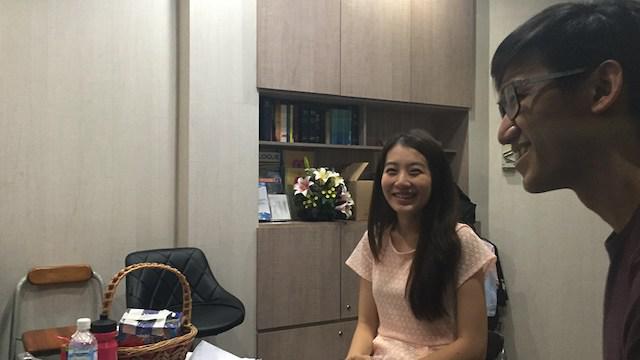 With Yap Hui Xin, who plays Janice in I Believe

You’ve tackled religion in more than one film. As a young director, you don’t seem to shy from potentially ‘sensitive’ local topics.

I’m Christian and my faith informs a lot of what I do. There is one governing rule I use in these stories: ‘But the fruit of the Spirit is love, joy, peace, patience, kindness, goodness, faithfulness, gentleness, and self-control. Against such things there is no Law.’ I like to tell stories about these things — and I think this approach allows me to speak about sensitive topics in a positive manner.

I use negativity in a film to present conflict, deepen relationships, and eventually present a form of resolution or redemption. I don’t really make films with negativity for the sake of negativity.

I would challenge anybody who wants to tell a story to consider their intention — why they want to tell that story, to what end, their audience. Everything boils down to that. With the cast and crew of I Believe

I’m just trying to make a living *laughs*. I’m currently working with Nikko Koh, my producer from ‘I Believe’, on a short film project — it’s corporate work, commercial work. I’m doing projects that allow me to tell stories that are important to me, for which I’m very grateful.

Watch ‘I Believe’ by Leroy Lim (Singapore) on Viddsee: