The Filmmakers Behind ‘Love Exists’ Who Found Enduring Friendship From left: Eunice, Jasmine, Sookyi and Jolene from Hers Production at Hehuanshan, Taiwan

As undergraduates at Ngee Ann Polytechnic, Jolene Teo, Jasmine Wong, Eunice Ong and Wong Sookyi barely knew each other. Two years on, the four women behind HERS Production developed an enduring friendship after working on ‘Love Exists’ for the pilot season of 20/20: The Temasek Short Film Project.

They are currently pursuing film-related studies in Taipei and have produced more films together, one of which won the third prize at a film competition organised by the Kaohsiung City Council. 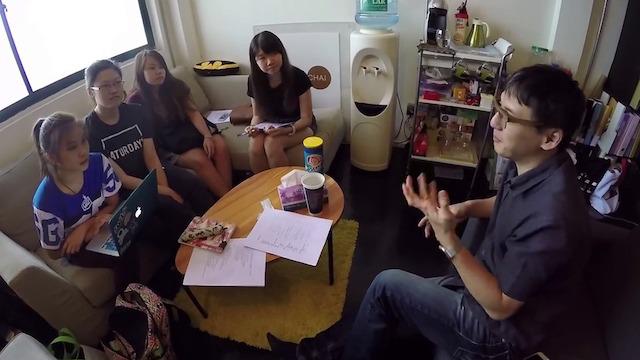 With Jolene directing, Eunice and Sookyi as producers, and with Jasmine as the scriptwriter, their journey to Love Exists wasn’t without its challenges. Under the mentorship of Chai Yee Wei, the quartet persevered, survived the experience and emerged triumphant.

We speak to them about the experience:

How did storytelling and filmmaking become part of your life?

Jolene: As a child, instead of watching cartoons I preferred watching Hong Kong, Taiwan and Local television dramas. Then, I found my passion in video production at Ngee Ann Polytechnic and participated in different video projects. The most memorable was the 20/20: The Temasek Short Film Project.

Jasmine: There was a video production module I took that required a group project. It was very memorable. It was my first time being in contact with cameras, and I was the cameraman! The stress was unimaginable but it was a labour of love. We got sunburnt, but we also won Best Camera Work Award for the project. The sense of satisfaction after the production was something I really loved, and I found myself returning to (film) production. Director Jolene on the set of ‘Love Exists’

Eunice: To me, storytelling is like a form of self-reflection. Through telling stories of others — especially through documentaries — I get to know myself deeper and better!

I’ve always believed in the real power of a documentary. We live in a visual age, and documentary plays an important role in creating global awareness.

Personally, I would like to travel around — starting from Southeast Asia — to document the stories and lives of women around the world. Understanding different cultures is also part of what I am looking for.

Sook Yi: From young, I enjoyed watching dramas and movies and was always curious about how they film it. However, it was at Ngee Ann Polytechnic that I developed my passion for production. I would notice the different filming methods and certain editing styles of various shows. To achieve my dreams, I took up the role of Director of Photography for various productions.

Jasmine, could you share the inspiration behind this story you wrote?

Jasmine: I brainstormed on the story with the team, especially with our director, Jolene. Through an interview with the counsellors of the Temasek Cares – KITS (Kids in Tough Situations) Programme, we found out that children who were traumatised were just treated as rebellious teenagers.

An example is Jean, the character in ‘Love Exists’. She was perceived as rebellious; she had cut her hair short, she fought in school.

We developed her character based on the stereotypical Singaporean teenager: she looks swag, doesn’t care about the school rules and studying, getting into fights. but she has more to her story if you look you cared to look deeper.

We wanted to raise awareness about these kids and hope that they can go through proper treatment for thorough recovery. 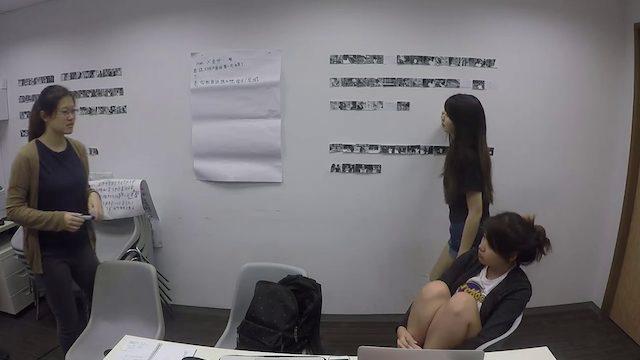 Going back to the drawing board for ‘Love Exists’

What were the main challenges faced with putting together Love Exists?

Jolene: The biggest challenge was getting the script locked. We had a totally different story when we began. With a month to the scheduled shoot, we had to brainstormed a brand new story. Thank God everything went well.

Our crews and actors are more experienced than us. It was a great and fun experience as we learnt a lot from them.

Jasmine: Definitely the change in story during pre-production; we had even completed the storyboard at this stage! But this experience also made us resilient as a team, we managed to make a strong comeback.

The second challenge was the overrun while filming and inconveniencing the home owner. We questioned ourselves, but we couldn’t stop. We encouraged each other, picked ourselves up and faced our consequences together, hand in hand. I remember every second of this so vividly, like it just happened yesterday.

Eunice: Having to restart again was mentally exhausting. We were almost complete with pre-production too. Next, learning how to communicate with the professional crew was a big issue too, as we were just a group of students who were new to the filming industry.

Sookyi: (With this setback), our biggest challenge was time. From getting the script locked, cast auditions to location recce, finding production crew… Fortunately, we met a number of kind people who were there to help us. Besides, it naturally trained our time management too. With proper planning and drafting out timetable, we managed to proceed with the filming. 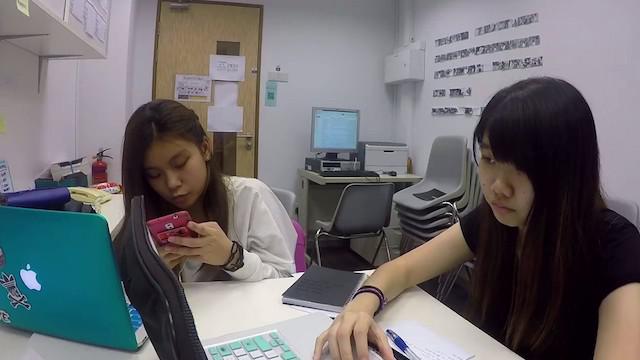 Behind the scenes: ‘Love Exist’ producers Eunice (left) with Sookyi

How did HERS Production get involved with the Kaohsiung film competition?

Jasmine: It was another great experience with the team! It was heartwarming to see everyone working together after so long, especially when we start from scratch, in a country that we weren’t too familiar with.

Jolene saw the competition online and sent it to our group chat, asking if we want to join as a team. We agreed and started planning. We’re glad to have Vivian in our team as she’s the only Taiwanese, and she helped us with little details like sorting the rubbish as Taiwan is really particular about things like this that we weren’t used to!

We also had the help from neighbours, and only got permission for a location shoot at the shop on the day of our shoot. She was really nice and agreed readily! We had quite a few tales there too. Once again, we felt the warmth of Taiwan. 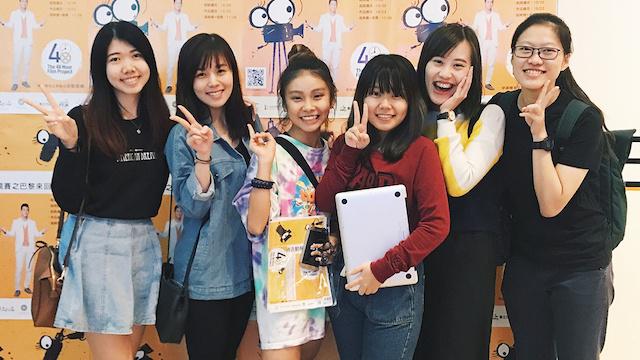 Eunice: We usually share information about filming opportunities in a chat group, and if our schedule allows, we will just get started and begin to brainstorm! Hopefully, we will be able explore the picturesque scenes in different part of Taiwan in our future works!

Cashier Aunties Vs Robots – Who Wins?
Share Your Vision Of Singapore’s Future In This Competition!
In A Future Where Humanity Is Muddled By Technology
In Memory Of Her Late-Grandmother Who Suffered From Dementia
Do SG Filmmakers Have A Colonial Hangup? Rifyal Giffari Wants To Know