There was grandma, and then there was her.

Grandma was battling an illness, but in her mind she was still helping grandma with the laundry, watching birds fly by, loving the little gifts and sketches she made for her.

But slowly, the shadows came, and grandma became less of herself. 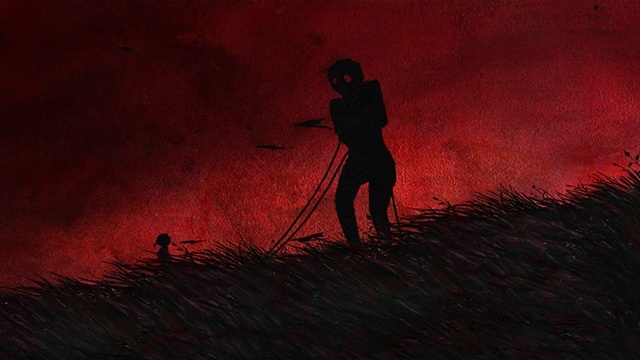 The shadows came for grandma, and the wind took her away.

She sat down, saddened, alone with an overwhelming grief. She tried to hold on, then learnt to let go.

Her first love was lost, but she’ll learn to dance with the wind again.

Just one more! Watch this young fox’s longing for its mother in the Chinese animation ‘The Distant Touch’.

Grandma’s Love Is Like A Warm Blanket On A Rainy Day
The Whole World Had Given Up On Him, Except For Grandma
A Korean Schoolgirl Reconnects With Her Long-Lost Japanese Grandma
Grandma Once Predicted His Greatest Love. Now, He’s Chasing Her.
The Family Called Grandma Senile, But She Learned Her Secrets