Chef Dylan Ong has built a career on French-infused dining, but his favourite memory on a plate is thoroughly Teochew.

Pork trotter jelly, or ter ka tang, is a traditional Teochew delicacy famous for its time-consuming preparation. The trotter and skin are boiled for eight hours with fragrant herbs and spices over a consistent flame and constant stirring before being placed in a mould and leaving to set for a day.

The tedious cooking process is the reason why the dish is gradually being phased out of restaurant menus.

For Dylan, the dish evokes warm memories of his family. As a child, pork trotter jelly was enjoyed as a special occasion treat, savoured during moments of celebration.

It is also one of the first dishes his late father introduced to him, himself an accomplished cook who sold kway chap (braised pig organs) and fish soup at Whampoa Market.

Despite a lack of formal training, his father’s hard work, dedication and effort impressed on Dylan the joys that food can bring, which was the inspiration to enrol in culinary school at the age of 19.

The pork trotter dish Dylan currently makes and serves at his restaurant, The Masses, honours his heritage while incorporating updated French cooking techniques to enhance the flavour further.

With every bite of the slightly sour and sweet jelly, his father’s quiet unprofessed love and this dying tradition bursts alive again.

Watch ‘Memories On A Plate: Ep 1 – A Fresh Taste Of Tradition’ by Ng Yiqin (Singapore) on Viddsee:

‘A Fresh Taste Of Tradition’ is the first episode of the Memories On A Plate social documentary series, featuring Singaporeans and their intimate stories and memories of food. The five-episode series will feature personal family histories and collective heritage from a 91 year-old Hokkien grandfather, migrant workers from South India, a Malay grandmother and her grandson, a chef with a hawker background and a newly-wedded couple.

Memories On A Plate is part of the Viddsee Voices project to develop original films that explore with local content creators issues commonly overlooked in our society.

Her Father Was “King of Caskets”. Now She Follows In His Footsteps. 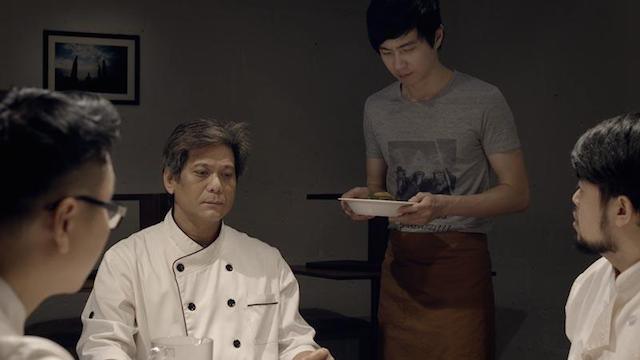 His Father’s Work Was About Tradition. He’s Everything But Traditional.
He Realised That Father Didn’t Belong In An Old Folks’ Home