This schoolgirl returned home to her grandma’s request to attend to the laundry while she runs out for an errand.

There’s a worn piece of cloth that looks more like a rag than a blanket, and grandma has specific instructions for it. It’s the ‘podaegi’, a traditional baby carrier that was used in the family. Grandma’s day out was cut short when she meets an accident, but she sends the grand-daughter home to attend to laundry as the weather looked like it would change.

And don’t forget the podaegi, grandma called after her. It wasn’t just a piece of cloth, as she remembered. And as the rain pelted on the windowpanes, the schoolgirl held the warm blanket and basked in the memory of grandma’s love. 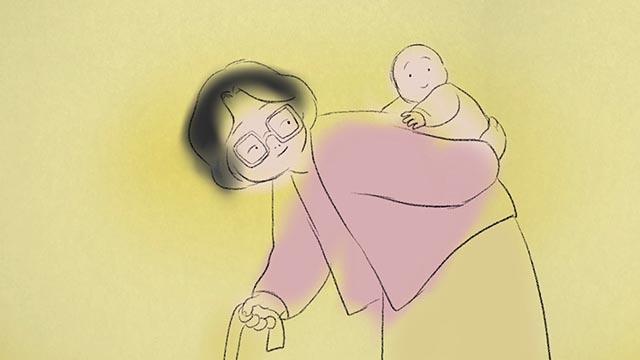 Here’s another animation from Korea, a simple story about a father-son relationship and how actions speak louder than words. Abandoned, This Girl Sets Sail To Becoming Her Own Woman