He Has A Deep, Dark Secret About His Coach. His Mother Doesn’t See The Signs. Ajay’s mom is annoyed with him. The boy simply can’t seem to make up his mind. First, he badly wanted to join soccer training, and after painstakingly getting him admitted, he now loathes going for it.

Ajay looks on helplessly, unable to answer her question about why he doesn’t want to go. His mom has no idea. The only clues to what’s going on in his mind are his doodles on the back seat. The only place where he can let his frustration out.

He harbours a deep, dark secret that no one knows about.

This short film was launched by Nobel laureate Kailash Satyarthi’s Bachpan Bachao Andolan (an India-based movement campaigning for the rights of children) in association with the Kailash Satyarthi Children’s Foundation to raise awareness on child sexual abuse. More about the Full Stop campaign here.

Just one more! Watch Fan: Pushed to the edge, a troubled young boy reaches out.

Article by Manisha Nayak in Voices on October 3, 2015 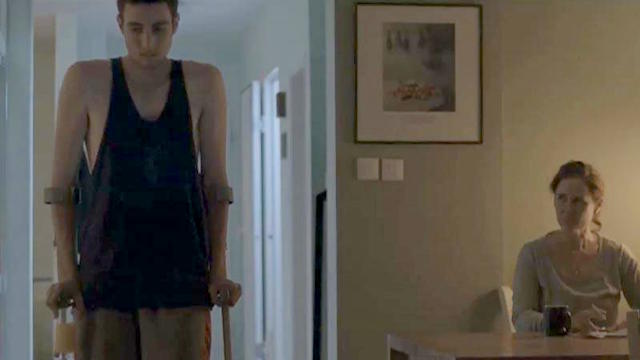