He Slit His Wrists And Waited To Die, But A New Life Burst Forth

He stared at the blood stained walls and gun.

He had gotten rid of the body, now it was time to clean up the rest of the mess.

He was thorough. The walls were scrubbed, the gun washed clean.

And when he was done, he put a razor to his wrists to get rid of the final evidence — himself.

But he didn’t look behind him, and he missed a spot.

In his death was rebirth. It was otherworldly.

‘El Ciclo’ won the Best Horror Short award at the 2004 ScreamFest Horror Film Festival and has travelled to over 100 festivals. The short jumpstarted Victor’s Hollywood career and he has gone on to direct a number of horror movie sequels including Hellraiser.

Just one more! Next, watch Vesuvius: Her holiness whispered at his ear. He did as he was told. 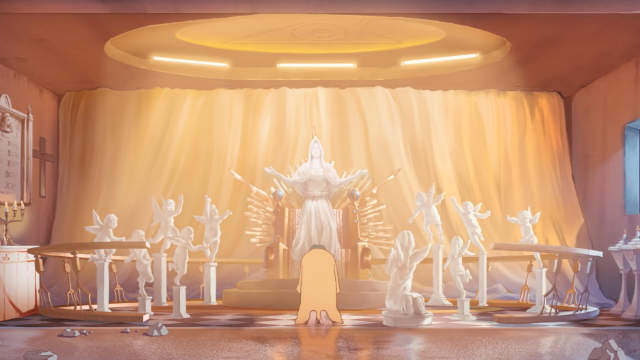