Her Shadow Didn’t Want To Kill Her. It Wanted To Replace Her.

Peachie’s birthday party was an intimate event, with her nearest and dearest. There was also an uninvited guest who crashed the party.

It was an unearthly and malevolent entity, spied by Peachie’s husband, Pryts, who had excused himself to investigate the shadowy disturbance.

Pryts was stuck in the underworld and couldn’t make it back. And so begins a horrifying journey for Peachie, a spirit questor, who was trying to find out what that the shadowy figure really wanted, and why it lured her husband away.

Her fellow spirit questors cautioned her: maybe it didn’t want to kill her, maybe it wanted to replace her.

It wasn’t far from the truth. And it was certainly very close to home.

‘Lost & Found’ is an unusual wedding film concept inspired by a true story.

Just one more! Watch this animation Chill & Shivering, about a son haunted by his mother’s spirit & guilt.

Article by Viddsee in Thrills on December 11, 2019

An Unusual Horror Wedding Film Concept Is Viddsee Shortee Aug 2017
She Sensed Something In The House. It Wanted To Come Out And Play. 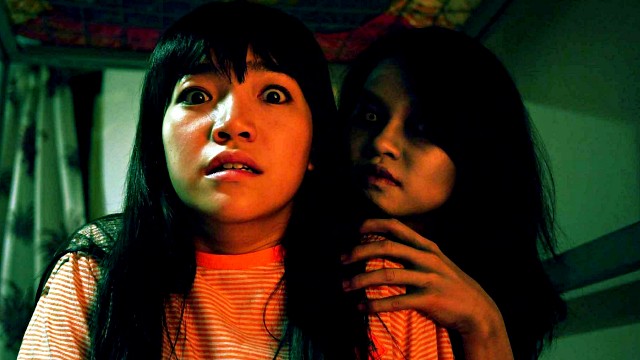 10 Horror Short Films To Binge-Watch This Halloween
It Was Late, But The Headline Caught Her Eye. Then, A Shadow Did.
Three Girls Wanted To Play. Three Girls, Three Times Lucky.