This Frustrated Boy Needs To Straighten Out More Than Just His Curly Hair. It was getting hard to breathe.

It’s not a secret, but it’s something he’s hiding. Kwang straightens his hateful curly hair every day. He would rather it be straight, like everyone else. 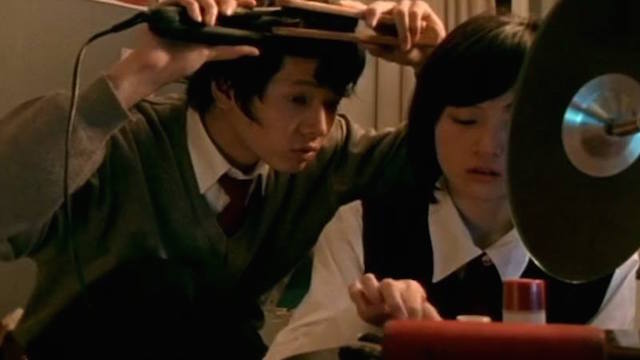 But that’s not the only weight he’s struggling with. If he could he would isolate himself from the rest of the world. The only person he feels at ease with is Rong, his childhood friend. Her company makes him feel normal, like everyone else.

Then, a new classmate introduced Kwang to the worldly things – cigarettes, pornography.

Despite the bad influence, Cheng helps Kwang to man up to reality. Kwang realizes that what he needs to straighten out is more than just his hair.

There is someone he’s been running away from all along – himself.

Here’s how a boy, withdrawn from the world, navigates his youth and dissonance.

Watch ‘It Seems To Rain’ by Chacen Tsai (Taiwan) on Viddsee: This Organic Farm Employs School Dropouts. And Turns Their Lives Around.