We have our heirloom recipes, handed down through generations. The humble adobo, a specialty, brings back family horrors in this short film by Jessa Doydora

Jessa’s ‘Press Pause Play’ is a psychological thriller short film that’s in competition at the Juree Philippines 2019. It narrates the story about a specialty adobo dish by a vlogger as she recalls her childhood and family trauma. 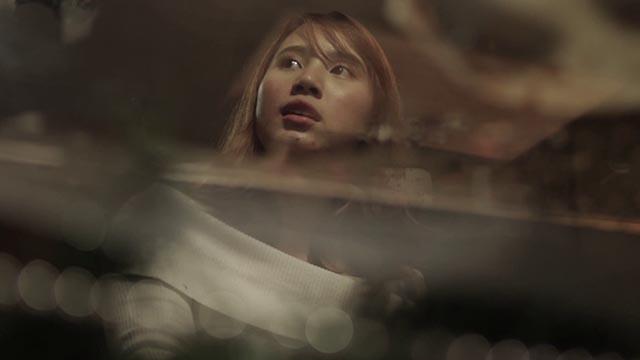 While the set-up and flavours are familiar, the revolting and disturbing aspects of family horrors reveal itself, scene by scene, edit by edit.

We speak to her about the inspiration behind the story:

The Family Horrors Are Real

Jessa and her team wanted to bring to light issues in society that are not brought to the surface. We like the warmth of a home-cooked meal, but what happens at home, behind closed doors, kitchen counters and are issues like abuse that are unsavoury to the general public.

Jessa says: “We wanted to highlight that circumstances like (in the film) happen all that time. And like for Alicia, there was no one to fight against abuse.

“We hope to enlighten viewers that issues like mental help and rape should be brought to light; given attention and action.” 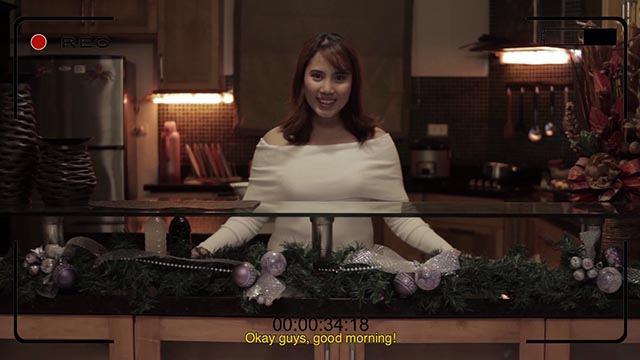 A scene from Press Pause Play, a psychological thriller by Jessa Doydora

Just as vloggers and the mass of influencers who put their lives out for display, the story is in the edit. As the film title suggests, Alicia (Jeanette Jamora) pauses her life and does multiple takes as she gets interrupted by the events off-camera. She dictates what she wants her fans to see, and there’s more than meets the eye.

She returns to set, after attending to everything that’s not relevant in her special Christmas vlog edition. She returns, progressively battered, bloodied, and tattered. But the show goes on. 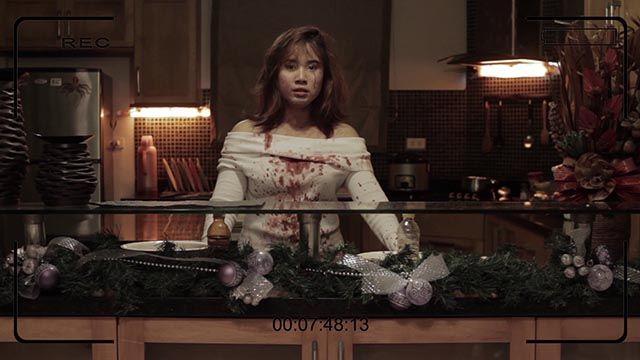 “We employed similar technicalities in production as one would do in vlogging, such as in framing and editing. We also just used one camera, so all shots had to be steady.

“We chose a colour palette around orange to create the mood. Sound design also was a big factor in this production to deliver the intensity, to engage with viewers on multiple senses about what they see and hear on screen.”

Jessa, a communications student at the Far Eastern University, is part of KBNT Production, a group made out of students who are just starting to explore filmmaking.

Among their challenges were budgeting, as they spent less than PHP 5,000 (~USD95) for the entire production. 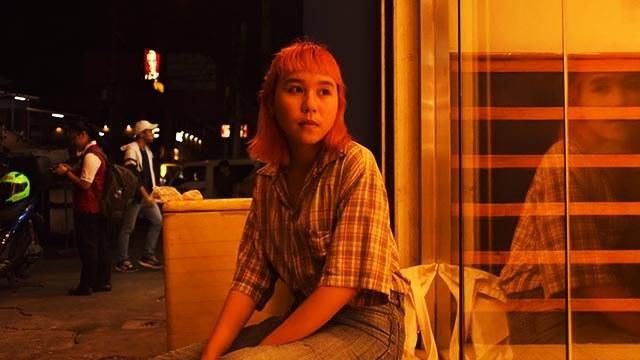 Jessa describes But Jessa and her team persevered, winged it, and kept on keeping on. She describes Press Pause Play as their first “passion film”.

“On the production day we only had one camera, and even tripod isn’t brought— “diskarte” is only what we had.

However, as a director, I didn’t let these challenges deter me from our goals. We produced a quality film that proved that experience and money should not be excuses to not to have a satisfactory output. Passion has to be the driving force.”