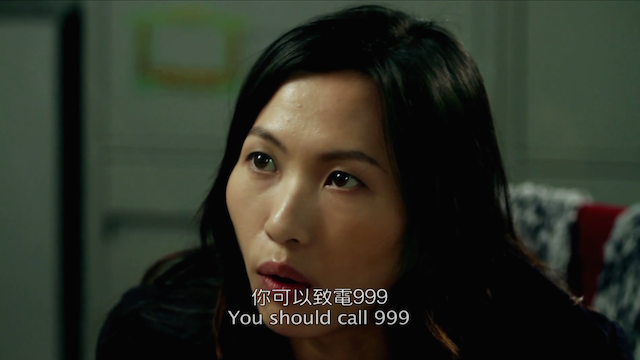 She was just a hospital receptionist, following orders.

A man died at the hospital doors because aid could not be given to him immediately. His son was told to dial the emergency helpline instead of given immediate medical assistance.

The receptionist is blamed for the man’s eventual death, and the media swarms over her with outrage at her insensitivity. She’s driven to extreme guilt and shame and is utterly alone.

But that’s just half of the story.

Watch ‘Meeting Of The Half Moons’ by Ng Ho Yin Chris (Hong Kong) on Viddsee:

‘Meeting of the Half Moons’ has garnered accolades from festivals around the world, including the TV5 Monde Special Award for Best Production at the International Short Film Festival in Drama, Greece, the Gold Award in Open Catgory at IFVA Awards, Hong Kong, and the Grand Prize at TBS DigiCon6 Awards, Hong Kong.

Here’s another film about a guy who takes matters into his own hands. Watch this Taiwanese short film ‘Dad, Your Car’ on Viddsee