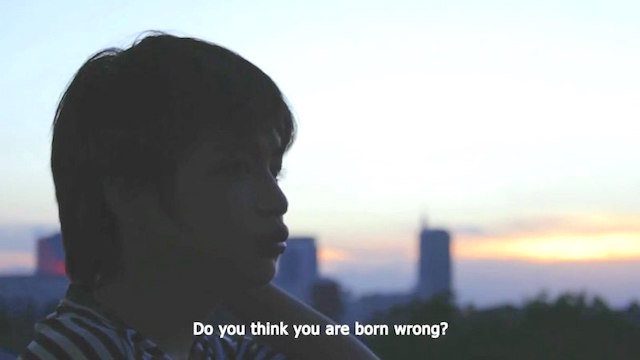 A young boy goes through hell and back. Here’s his story.

Tay tried to be comfortable in his own skin. But his teacher wasn’t, and pressured him with violence. It hurt so much that Tay wished to end the hurt – and the only way he knew how to was by ending his life. When Life gave him a second chance, he now holds on to it with greater zest.

He unabashedly wears makeup, turns up in a dress for a Christmas party, and is the only student in school who has come out. His recovery is shared through voices like Tay’s own – from a transgender teacher at school, his mum, and friends.

They gave him the courage – and more – to finally be true to himself.

We wonder if it’s still wrong to be unlike everyone else.

“No, not wrong. They say we add another colour to the world.”

It’s part of our Chopshots channel on Viddsee.

Here’s a mom who is interviewed by her gay son. Watch this Singaporean documentary ‘Autopsy’ on Viddsee