Meet Juree Singapore 2019 Finalist Bernadus A. Chandra of ‘Up In The Air’

Hungry hearts, hungry souls, with nowhere to go. That’s the yearning of a forgotten son in Bernadus A. Chandra’s film, ‘Up In The Air’, an in-competition short film at this year’s Juree Singapore 2019.

Bernadus, born in Bali, Indonesia, came to cinema through cheap DVDs, detouring to a chemical engineering degree, and then to film school. Film is his first love. His second – is to dream. 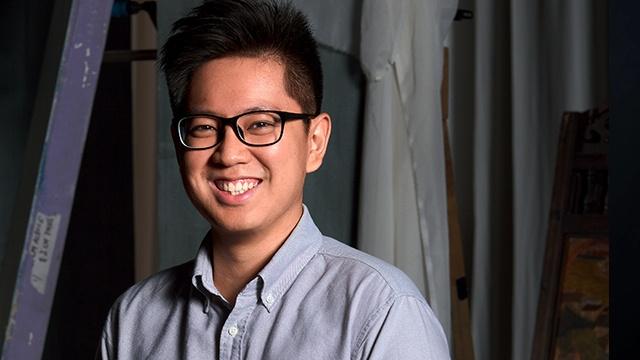 Bernadus A. Chandra director of Up In The Air

Do hungry hearts and hungry souls ever find their way home?

Finding his way through film, he found so much more to express within this medium. In ‘Up In The Air’, Bernadus wanted to reconnect and find new grounding for himself, emotionally and spiritually.

“The term ‘family’ becomes so blur, as I’ve been distant from my family and lived in different countries than them since I was a kid. Coming back home for the holidays brings a strange mixture of sourness and warmth. 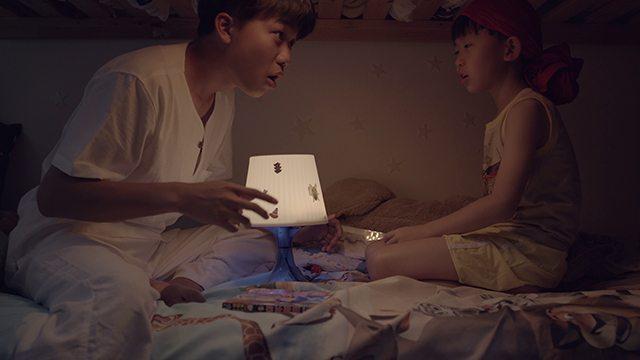 Bernadus’ story begins with a wandering soul returning home during the annual Hungry Ghost Festival. Andy (Josmun Lum) comes back from the netherworld to find no food or offering for him.

Entering his parents’ house, he finds that his family is not doing well with his parents bickering in the night. 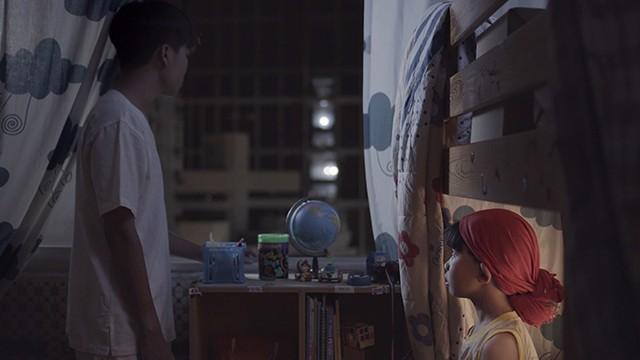 Before you know it, it’s time to go again – A still from Up In The Air

That very night, he reconciles with his younger brother Matt (Estovan Reizo Cheah). It’s a bittersweet reunion; the two brothers spend every bit of time they have together.

But the talk is reminiscence. It’s all about the past, never about the future. Again, it was as if he was never there, as if things never changed.

Watch ‘Up In The Air’ by Bernadus A. Chandra (Singapore) on Viddsee!

He sneaks in like a thief in the night, and leaves with another farewell.

The entire encounter, like smoke, went up in the air. 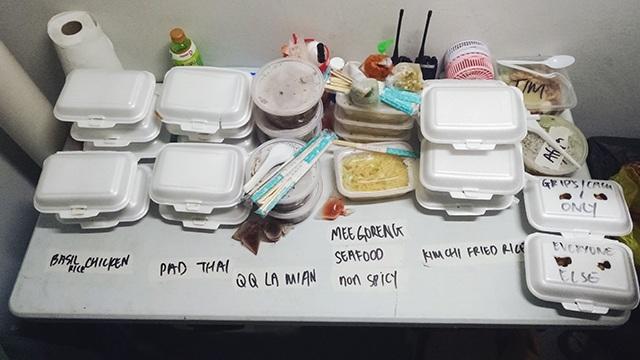 Hungry no more, on the set of Up In The Air

A hunger for connection

Fulfilling a yearning for family is a strange encounter for transient souls.

Bernadus, like Andy, moved through time and space in a transient way, passing by long enough to reconnect, but never long enough to be anchored to home. Their encounters are only by season or circumstance. There is enough longing to return, but never for long enough.

“From an early age, I’ve been robbed of an emotional connection, especially with the most important person in the world — my mother. 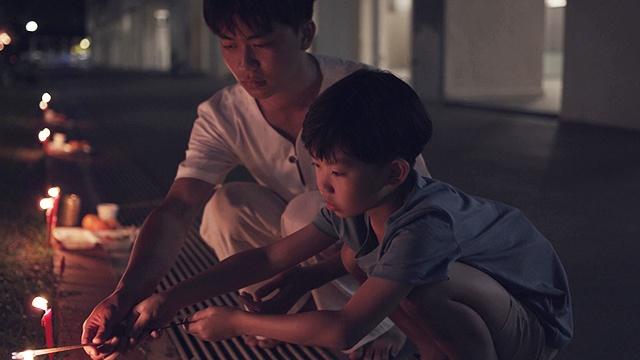 A still from Up In The Air by Bernadus A. Chandra

Like any child, I yearn for closeness with my mother. And like any mother, she wants all those years back. This film is a discovery of the emotional yearning I have for my family.”

Discovery in writing and rewriting a story

Even though Bernadus has lived in Singapore for quite some time, his knowledge of the Hungry Ghost Festival was limited to a lack of access to culture. The overall experience, however, was educational, as he got the research he needed from friends and their family. That was one of the challenges of this production.

The other was language, and in writing a believable dialogue between a teenager and a young child. Taking on an unfamiliar tongue and culture is demanding enough, but Bernadus was equally demanding of his vision as a director – it had to be about Andy, his view of the world and his family. 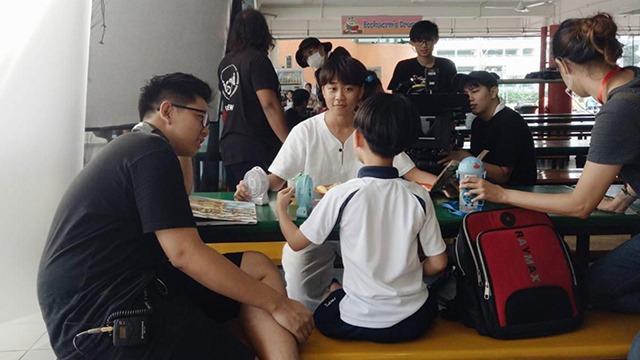 “I wanted the viewer to respond to his emotions. The shift in point of view comes in only later in the film, which creates a somewhat balanced point of view instead of a strong, individual one. This process evolved from start to finish as I discovered, and rediscovered my purpose of making this film.

“They say that a film is written three times: the first is on the script, the second while shooting, and the third is in the cutting room. That couldn’t be more true.”

Article by Viddsee in News on September 9, 2019