JD Chua, Creator Of “Queen Of Hearts”, On The Unsacred World We Live In

“I created Queen of Hearts to be a chilling awareness about the state of our social lives. We follow a group of people who retreat from reality, withdrawing into the Internet. They are like you and me, swiping, liking, hating, photoshopping. They are people with time to kill; people who have to bear the guilt of their actions.

And then I switch it up, going back to the past and show the victim’s point of view, and how cyberbullying can be overwhelming for some, and not everyone has the strength or will to cope alone.” – JD Chua, in his director’s statement for ‘Queen Of Hearts’. 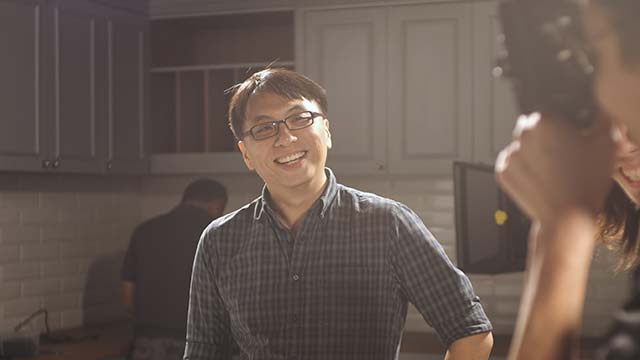 From the deluded troll to the calculating business of fame, the established genre director wanted to hold up a mirror for viewers to reflect on their online actions or inactions.

As the creator and show-runner of this project, he also worked with different directors for each episode. The experimental collaborative process yielded illuminating results that he hopes will pave the way for the future of filmmaking.

We speak to JD to learn more about the process below:

Q1. What inspired the theme of cyberbullying for Queen Of Hearts?
After being privy to both sides of cyberbullying, I realised that we are in a world where nothing is sacred anymore.

Any insta-snap-tweet-face-gram you make in public is exactly that, public. People want to have privacy but then still want to connect. This contradicting behaviour has made us unaware of the bigger issue – that we’re on display right now and it is up to anybody to pry. We do not have personal spaces any more. And that is scary.

I have seen how stalkers mine for information and I have seen how victims lose their total privacy. This is a pressing issue and it should be told from the points of view of the bullies and the victims to understand how damaging cyberbullying can be. 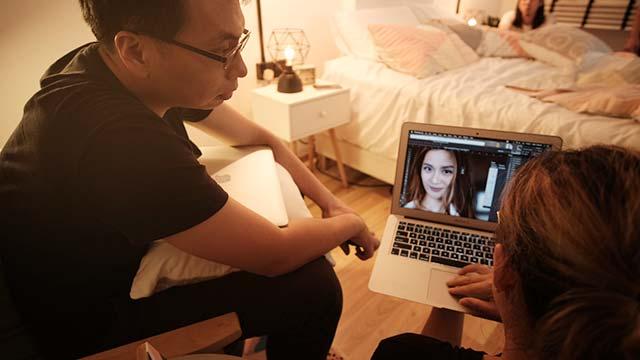 JD Chua on the set of ‘Queen Of Hearts: Ep 1 – The Moderator’

I came across the story behind the King of Hearts and how he came to be known as the suicide king, and I thought this exactly mirrors our world and social media – the shrinking space may have cost us our well-being.

Q2. JD expands on the conceptualisation of characters featured in Queen of Hearts:

The Moderator, Derrick (from Episode 1)
Derrick was inspired by a group of people I know who roleplay in online adventure games where interaction is required to achieve game objectives. I have seen a player seduce another as a female. During the days of IRC (Internet Relay Chat), I too have been guilty of impersonating the opposite gender to fish out information from someone else. Thinking back, it was truly terrifying. I feel that these impersonators are no different from the blackhat hackers out there.

The Outcast, Yiting (from Episode 2)
Yiting represents fans who blur the line between fandom and stalking, similar to Stan in Eminem’s song. They mean no harm but their aggressive actions end up terrorising their idols. I have seen people’s information getting mined through just one post – their location, their timestamp, their action, their companion… Extreme fans who don’t understand personal spaces can easily turn against their idols should their comments are not responded. On the set of ‘Queen Of Hearts: Ep 3 – The Singer’ with Elena Choo (Pris), and the directors Benjamin Low and Alistair Quek

The Singer, Priscilla (from Episode 3)
I think a lot of people in the media industry is like Pris, somebody who is insecure in her relationship and talent. She was the most interesting to write – a girl who injects her own shortcomings onto others only to find herself becoming closer to what she hates to be. Her episode is a cautionary tale that the directors really like.

The Assistant, Clara and Charlie (from Episode 4)
Clara and Charlie are people who are affected by cyberbullying by second degree. The episode shows how people can change when somebody they know is a victim. Charlie also sums up the series with her speech of the King of Hearts.

Q3. In putting together a social thriller series, and in your research for these characters, do you think the realm of social media distils and exaggerates the worst of human behaviour?
Without social media, people can still be bullies. On the Internet, people can get away with bullying easier, and maybe that’s why the worst of humanity can be exaggerated. We are in the paradigm of new technology where robots can be made to look human for our convenience, social needs and labour. Yet the first question many has is whether they can satisfy our sexual needs? It is scary what we as humans can come up with. 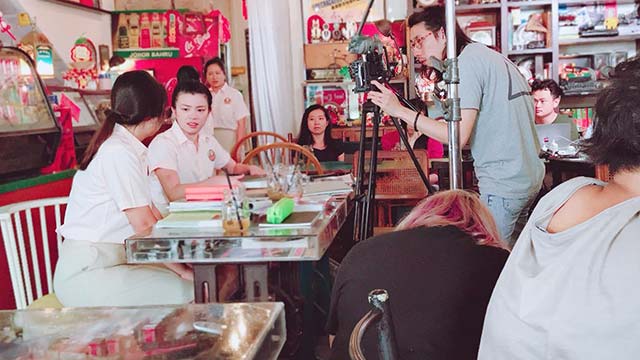 Behind-the-scenes on ‘Queen Of Hearts: Ep 2 – The Outcast’

But I recall a time when social media was used to generate empathy and raise money for a foreigner in Singapore who was a victim of a retail scam. So the best of human behaviour can exist too! In sum, I would say, in the realm of social media, life itself is exaggerated.

Q4. What do you hope for viewers to take away from the series?
We are social creatures. With or without social media, we have a responsibility to how we treat other people. Our interactions should reflect our values and how our parents taught us to behave too.

Q5. What was the experience like working with Wanxin, Alistair & Benjamin, Rifyal and Joann?
They have made show-running easy for me as the creator. These filmmakers are young and energetic with ideas that are better than mine. All of them have different backgrounds and voices, so it’s really cool to observe how they work and come together as a collective and work within the direction that I provided. I have learned much from them and I’m glad I was able to convince them to join me on this ride. 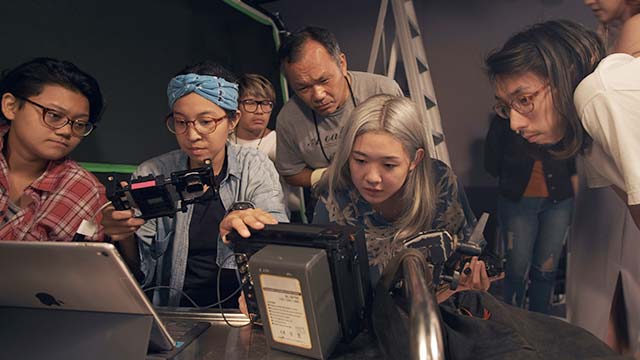 On the set of ‘Queen Of Hearts’

I wish show-running for a series can be the rightful norm for the industry; instead of a director controlling the whole project. That’s a practice I frown upon. This experience has shown me that this is possible here in Singapore, and for web series.

Watch ‘Queen Of Hearts: Ep 1 – The Moderator’ by JD Chua (Singapore) on Viddsee:

Check out all episodes in the series here.