They Were Just Being Nice. They Didn’t Heed The Warning Signs. She wasn’t going to stop for the hitchhiker, but her little sister persuaded her to give him a chance. “Not every stranger is a villain in disguise,” she said, “I don’t think he looks like someone evil.” 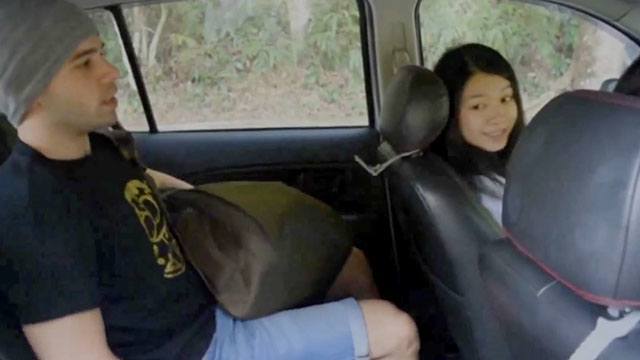 But as the saying goes, never judge a book by its cover. The kindest faces can often hide the cruelest intentions. When the hitchhiker asks them to pull over for an emergency bathroom break, the sisters begin to wonder about his strange behaviour. Suspicious, they check his bag, only to find a large knife concealed within easy reach.

It was a terrible mistake to make.

Watch ‘The Hitchhiker’ by Chong Yan Chee on Viddsee BUZZ:

Next, watch Murdered (草案): A serial killer is on the loose, and he’s going to strike again.

Greed, Revenge or Jealousy – What Caused This Brutal Murder? Hide. Keep Quiet. Don’t Talk To The Nice Man With The Bloody Knife.
A Candlelit Dinner For Two, With Fresh Meat