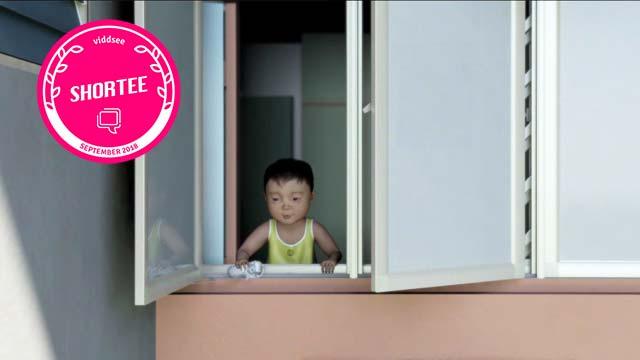 This baby dropped his Merlion toy out of the window, and tried to get it back.

What happens next is a heart-pounding watch. With an unsteady gait, he crawled and walked along the narrow ledge in pursuit of his toy. Along the perilous journey, he encounters the colourful characters of his HDB complex.

Watch last month’s shortee, Yume, about a jaded schoolgirl and her secret life.

Article by Karen Wong in News on September 5, 2018