This housemaid doted on this family. They were her pride and joy.

Her obsession was unnatural, and it found a release on her secret blog. 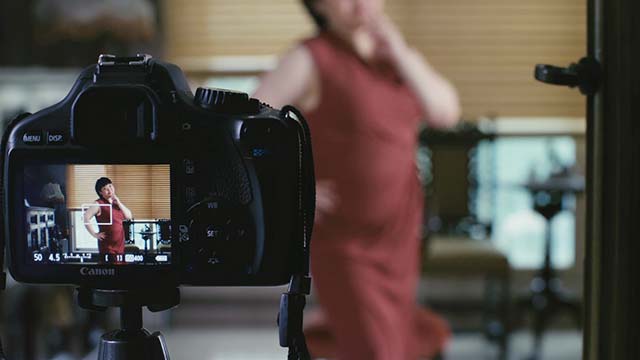 Online, she was the mistress of the house, praised for her cooking skills, stylish figure, and wholesome family. It was a beautiful life, digitally manipulated for maximum appeal. When a reporter calls with the intention of featuring her popular site on his news media outlet, her pride gets the better of her, and she agrees.

It turns out to be a terrible mistake when the reporter is merely an imposter with a nasty intention. Tied up and held hostage, her carefully constructed double life is unraveling.

When her employer makes a surprise visit home, her house of cards collapse. There’s no going back after this.

Watch ‘She’ by Moon Seong Hyeok (South Korea) on Viddsee:

Just one more! Next, watch BloodLust: To finish his movie, he needs blood. The realer, the better.

He Lives A Double Life & Is Sucked Into The World Of Crime. Is It Too Late To Turn Back?
An Obsessed Maid Caught In Her Lie Is Viddsee Shortee Dec 2017

Tale Of A Mum’s Unraveling Lies Is Your Tropfest SEA Audience Choice
He Uncovered His Girlfriend’s Double Life. Now He Must Fight For His.