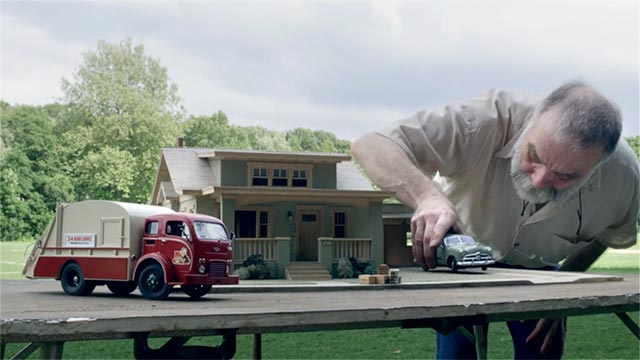 Not everyone can say they are responsible for an entire town, especially one that doesn’t exist in real life. But there’s Michael Paul Smith and his town of Elgin Park.

The personal project started off as a creative escape to showcase his 300-odd vintage models of die-cast miniature cars and trucks in a time and age familiar to him. Yet in recreating and capturing the golden Americana of yore, he found himself on an unexpected journey of reconciliation.

Chapters of his life culminated in Elgin Park, from his years as a bullied schoolboy to his fragile moments dealing with depression. In their place, a wise older man stands, God-like, carefully recreating scenes of personal peace. 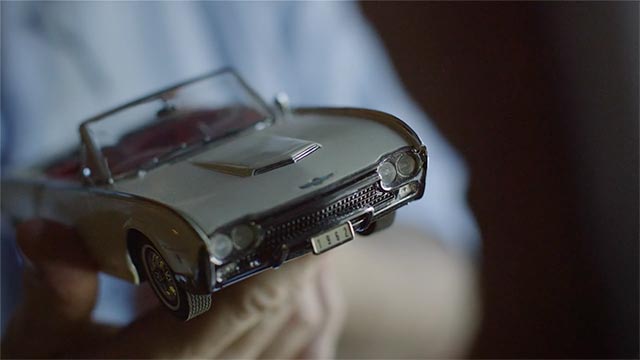 There is no detail too small spared in Michael’s creations. An opened door pinpoints the overturned truck next to a house in disarray, and he painstakingly sieves powder on mud-splattered models for added effect. This is nostalgia relived through a fine-toothed comb. Here’s a man who is finally able to construct life the way he sees fit, taking back memories and constructing a better view. Making Elgin’s Park has been unexpectedly therapeutic. Rebuilding his childhood home was a personal milestone as he revisited deep, unpleasant territory.

Yet his ongoing journey has also become a source of inspiration for so many.

To those who write to him applauding his talent and decrying the lack of their own, he replies with kind suggestions to look internally and embark on their own path of self-discovery. Michael’s images allow a global audience to connect through their nostalgic memories, but he also then connects with them on a personal level, as both muse and motivator. While Michael has been coping with his past and present through this little fabricated town, the world has found a home, a place where everyone can project themselves, free from judgement and unpleasant memories.

That’s the best thing about Elgin Park: it isn’t a physical state, it’s a state of mind.

Just one more! Next, watch The Interview: Artist finds himself stuck between passion & money. It’s not a classic ending. A Little Acorn Tries To Find A Place Where He Belongs, Far From Home