Whether it’s ‘Freaky Friday‘ or ‘Pleasantville‘, films that feature a protagonist trapped in an alternate reality has long been a rich source of social satire. ‘O Meri Jaane Jane’ (O My Beloved), a Juree Singapore 2019 Top 10 finalist upholds the fine tradition with its unique story about a Korean-drama obsessed girl who gets trapped in a Bollywood musical. The story stemmed from Sriman Sahana Rethman, the film’s producer. She wanted to celebrate her cultural roots by showcasing cheesy masala Bollywood movies such as ‘Dilwale Dulhania Le Jeyange‘ made famous in the 80s and 90s. Setting the story in Singapore allowed issues of racism and xenophobia towards minorities to be tackled.

The result is a comedic but searing short film that doesn’t shy away from both Bollywood extravagance and current Singaporean affairs.

We spoke to Jastine Tan, the director, who made the film with his team collectively known as CowSomething Productions about how he brought this ambitious project to live. While some films are made with Oscar bait in mind, masala Bollywood movies are made simply for the joy of entertainment.

“We wanted to show that masala Bollywood movies are made because they do not strive for
awards, acclaim or accolades. They are there to entertain the masses, with 3 hours packed full of action, comedy, romance, song and dance. These guiding principles led us to create ‘O Meri Jaane Jaan’,” shared Jastine.

In creating the craziness and over-the-top extravagance of Bollywood films, the team faced multiple challenges.

As seen in their behind-the-scenes featurette, logistics was a nightmare to figure out. The team had to create original songs and choreography, and manage twenty dancers who could only speak Hindi.

The resourceful team pulled their shared knowledge and contacts together. In the words of the Assistant Director, Rebecca Renee Fletcher, they “developed a thick skin”, to be able to ask for favours even from strangers.

On Balancing Comedy And Racism

Given the touchy subjects of microaggressions and racism in the script, the team were extra thorough in ensuring the subject matter never crossed a line.

Jastine made sure to follow some guidelines in creating the film. “First and foremost, we wanted to make the comedy lampooning the tropes and characteristics in Bollywood movies, and not lampooning an entire race itself. Secondly, we wanted to paint Liz’s nasty behaviour as stemming from ignorance rather than racism, which is common in Singapore.” 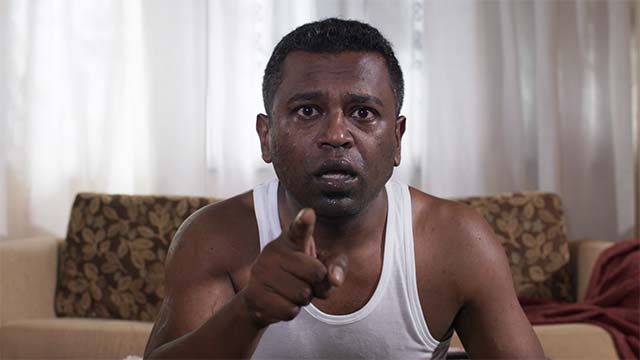 “There is a thin line between laughing together with people and laughing at people. While Liz demonstrated her ignorance at the beginning, our emphasis is on her change of character. Through her tumultuous relationship with Ranjit, her mindset changes.”

They also vetted the script through the film’s cast, producer and the larger Indian community to ensure the right tone. Although an estimated 70% of the film had to be reshot after script revisions, the team believes the film is stronger for it, and we heartily agree.