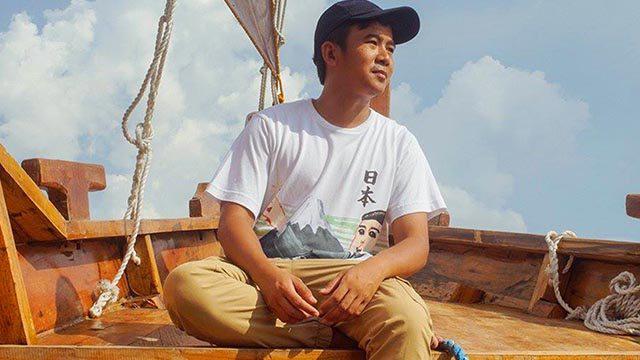 Glenn Barit is a 25-year old filmmaker based in Mandaluyong City, Philippines

Q1. Tell us a bit about yourself and your team!

I was born and raised in Tuguegarao City, Cagayan. I was in a different course in my undergraduate years, choosing to pursue filmmaking when I was about to graduate. My crew and I are all members of the UP Cineastes’ Studio, a film organization in UP Diliman.

Q2. What is the inspiration behind this short film?

I have always been fascinated by Michel Gondry’s music videos on how they tend to play with the film form. So in this film, I tried to emulate the same playfulness and try to come up with new ways of storytelling through a relatively new technology.

The story in the film, on the other hand, is loosely based on an event that happened to my relatives. It’s a bit personal. But the film is also something that would probably resonate with a lot of Filipinos because the diaspora of migrant workers is something that almost all Filipino families unfortunately share.

Q3. Could you share with us what your main challenges were in putting this together, and how did you overcome them?

One of the challenges for shooting a drone film is the lack of the usual closeups and inserts of other details. So we had to take advantage of the other elements of the film language to get our message across.

Glenn is one of the ten finalists of the Viddsee Juree Awards for the Philippines competition, a filmmaker community initiative to celebrate and support filmmakers and film communities in Asia. Check out the rest here.