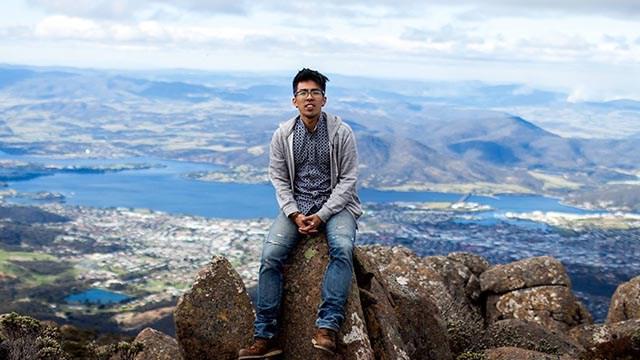 Tell us a bit about yourself and your team!

I’m Aaron, a Degree in Film student over at Lasalle College of the Arts. This is the first short film I’ve produced. The theme is a taboo topic, highlighting the gravity of paedophilia.

Together with my classmates, we made this film as part of our 2nd Year Major Short Film Project! It is a culmination of the entire team’s passion for filmmaking and months of hard work. I’m glad it will be featured and others will see it.

What is the inspiration behind this short film?

My writer, Samuel Li, was inspired by a news article where a pair of burglars broke into a house and found child pornography among their victim’s possession. The burglars reported their findings to the police. Eventually, the house owner is arrested — it is unknown if the burglars were ever caught. It was a rather happy ending for the burglars turned vigilantes, but Samuel found himself wandering deeper. What went through the burglars’ mind when they discovered the child pornography? Was it righteousness? A deflection from their burglary? What if a child is held captive, and the owner offers a bribe in return for their silence?

A burglar caught in the dilemma of saving a child or accepting a large sum of money eventually formed the basis of ‘The Greater Monster’. The story goes into much darker and more controversial territory.

We also sought inspirations from other movies, notably The Crucible and The Woodsman, as both dealt with the subject of paedophilia.

Could you share with us what your main challenges were in putting this together, and how did you overcome them?

This brings back many fond memories! Unfortunately, it wasn’t pretty at all. The biggest challenges were budget and location.

We originally scheduled the shoot over four consecutive nights, but the location owner informed us of a change. We were told to shoot in the day —a major factor in determining how the film is shot. We had paid and signed an agreement beforehand, but this was just a day before production. We did not want to risk losing the location, so we rescheduled all days of the shoot and tweaked the story to be in the day instead.

Day 1 of the production was a little messy because of the changes. This brought the team’s morale down. We knew we had to buck up to for a successful second day.

During Day 2, the owner’s mood took a turn for the worse upon seeing our large crew and the mess we created. We were told to stop production on their premises. By the end of the day, we only completed 45% of the film. We scrambled for another location to achieve a similar look.

On Day 3 we reworked our vehicle scenes — moving the original shoot outdoors. It was not feasible to shoot at a new location by the next day. Our actors’ availability didn’t fit with our new schedule. The school’s criteria was that we had to shoot the film in a week. We needed an extension, thus we sent a long email detailing the circumstances to the programme leader and all lecturers.

After weeks of stress, I found another black and white house that we could film in. We resumed the second half of the production with better preparations, and finished the film. We were 40% over budget — the additional contributions were made by the core team. We were in time to have a closed-door screening of all Lasalle films within our level towards the end of our semester.

The Greater Monster really put us through hell, but it was actually a blessing in disguise. It was rough and ugly, but taught us valuable lessons in filmmaking. It is important to remain calm and collected, whatever happens. From this incident, I could also see how passionate the entire team was when we had to deal with repeated setbacks.

It was undoubtedly one of my best filmmaking experiences. I’m proud to have gone through this despite the negative experiences!

The Greater Monster is one of the ten finalists of the Viddsee Juree Awards Singapore competition, a filmmaker community initiative to celebrate and support filmmakers and film communities in Asia. Check out the rest here.