Meet Viddsee Juree Finalist Kaizer Thng Of ‘Such Is Life’ 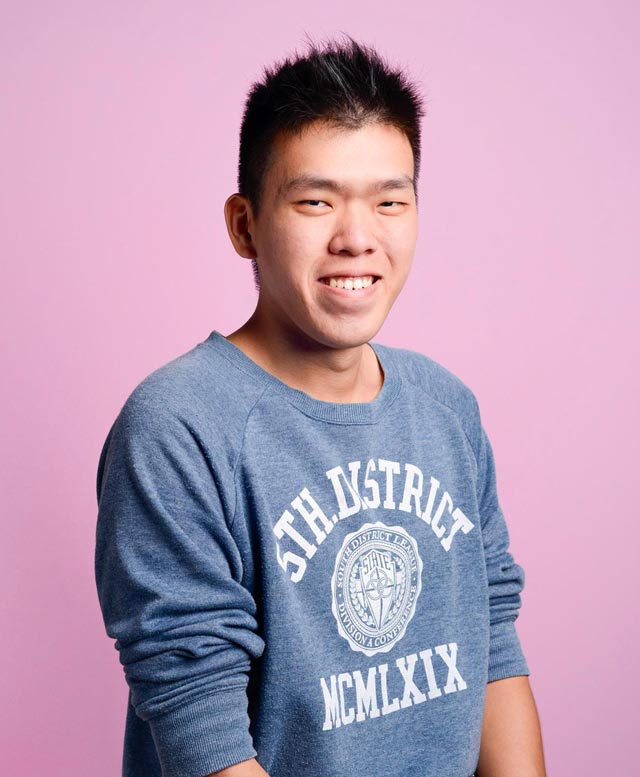 Kaizer Thng is a Video Content Strategist at SGAG, a media company in Singapore. He recently helmed ‘Lah Lah Land’ (2018), the company’s first musical comedy and dance production. Music and sound play a major role in his works and he treats music as a character within them.

Kaizer graduated with a BFA in Digital Filmmaking from School of Arts Design & Media (ADM) in 2017. He challenges himself to venture beyond his directorial comfort zone. His short films explore unconventional narratives in Singapore.

Tell us a bit about yourself and your team!
We, Kaizer Thng (director), Wang Kai Cheng (producer), Gong Yimin (director of photography), and Hannah Foong (art director), are rather unconventional film students in ADM. We like to do things differently, not only in filmmaking, but also in our everyday lives.

During the making of ‘Such Is Life’, we did many things that have not been attempted before by ADM students. One example is the set we built for the film. Within 10 days, we constructed a morgue, a restaurant corner, and part of a hospital from scratch. None of us had professional experience in carpentry or construction, but we were not afraid to dream big and make those dreams come true. The full set construction documentary can be seen here.

First was the generation gap between the old and young, which is the main theme. How do we convey the clash of perspectives between both generations onscreen, yet make it subtle and avoid hard sell dialogue? It is compelling and relatable for many young adults who are misunderstood or oppressed by their seniors in various fields of work. The fact that we are told to follow old practices instead of being guided to carve our own path is a sentiment that I feel strongly for.

The second was to make a dark comedy, as it is hard to come by in Singapore due to the many restrictions we have. This added risk and challenge made the process exciting. Since it was a comedy, there was fun in figuring out what makes us laugh. The script is not just my work, but the combined perspective of many people from different walks of life.

Could you share with us what your main challenges were in putting this together, and how did you overcome them?
Location was our biggest challenge. Many were costly to rent, such as the hospital and restaurant. As students with a limited budget, we turned to alternative locations. We explored abandoned schools, considered escape rooms, and visited various funeral parlours. Each time, different problems pushed us back. This brought us to our final decision — to build the majority of the locations.

The upside is that we had almost zero transport and location cost. The downside is we were attempting something never done before by ADM students. We had no idea whether we could build the sets to meet our expectations, but our shared inner adventurousness pushed us to go ahead with it.

One of the greatest challenges for the set construction was to make it look real on a limited budget. We had to scavenge every suitable material we can find. A school building in Nanyang Technological University was undergoing a complete overhaul. We went in and brought back loads of materials such as lights, doors, furnitures and carpets. As a result of our resourcefulness and flexibility, we created one of the biggest film productions in ADM that year and yet we were able to keep our budget as one of the lowest.

Watch ‘Such Is Life’ by Kaizer Thng (Singapore) on Viddsee:

Such Is Life is one of the ten finalists of the Viddsee Juree Awards Singapore competition, a filmmaker community initiative to celebrate and support filmmakers and film communities in Asia. Check out the rest here.