Meet Viddsee Juree Finalist Syamsul Bahari of ‘Damaged On The Inside’ 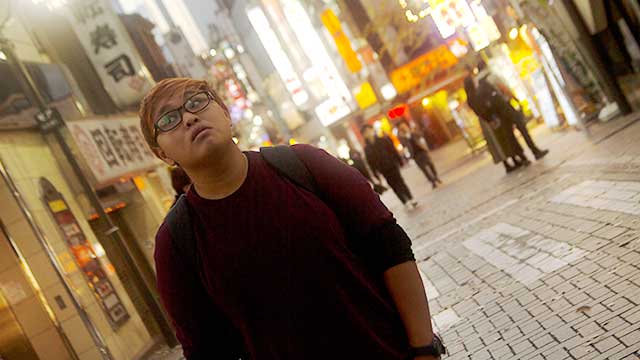 Syamsul Bahari is an established Video Editor and Post Producer whose love for making films that tackle social realism and cultural issues in Singapore rivals his passion for the local music scene.

‘Damaged On The Inside’ was his first directorial debut made as part of his coursework as a student from the Puttnam School of Film and Animation. Making the dialogue-heavy comedy with an ensemble cast was outside his norm and in this Q&A, he shares what it was like to pull it together. 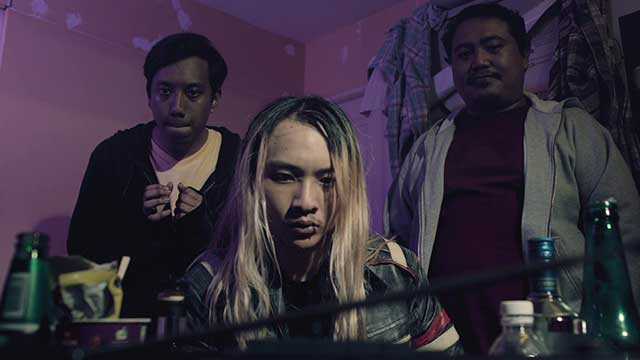 ‘Damaged On The Inside’ had many influences from pop punk music to classic Malay films, which I felt was a good rojak mix between two mediums that I am a part of; Music and Film.

Faris, the writer of this film, was inspired to turn the stories of our lovely local town of Yishun into a short film. He was also inspired by Take Off‘s first full length album, a local pop punk band that I had introduced him to. ’Damaged On The Inside’ was one of our favourite songs off of their album, and that became the film title. 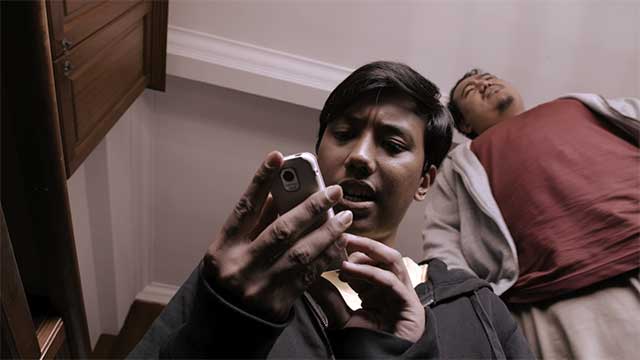 The script had a strong influence from early Guy Ritchie gangster films like Snatch and Lock, Stock and Two Smoking Barrels that had a good mix of crime and comedy elements. On top of that, we incorporated a strong sense of localism by introducing Take Off’s music as the official soundtrack, as well as casting the band to act in the film.

Another major influence for the film were the classic Bujang Lapok films of P. Ramlee. The idea of a local comedy film that uses realistic local slang and vocabulary, mixed with the ad-libs between the casts reminded us of the timeless jokes in the Bujang Lapok film series. This was the main reason why the film is in Malay, however we also deliberately gathered an ensemble cast consisting of Malay, Chinese and Indian races. 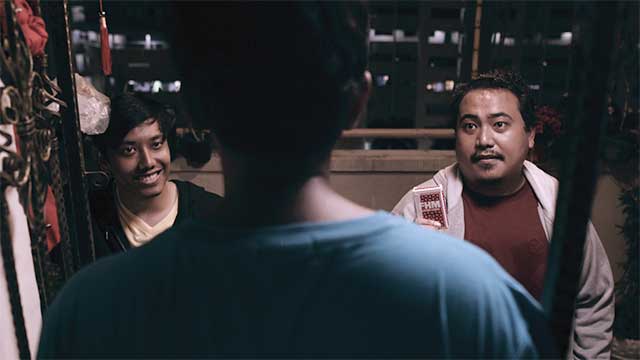 One of the big challenges was the casting. Majority of the cast were actually local musicians, coming from different local bands. Three of the cast, Bob, Chester and Isaac, together form Take Off. Momo on the other hand is a member from my band, Circle Line Kid.

However, it is not simply about casting friends, but the attitude and character they could bring on set. Hazim, the lead actor, had this special attitude which I felt fitted with Momo’s charisma. 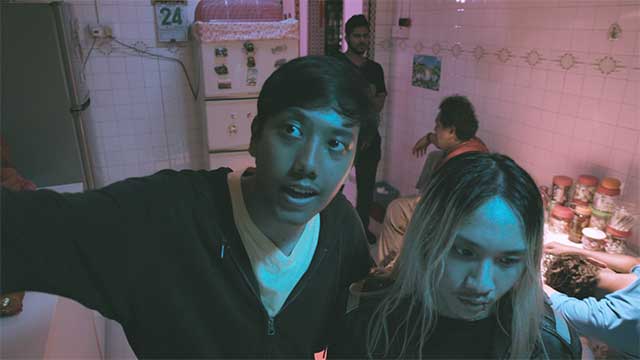 So when we did the very first screen test with Hazim and Momo, sparks flew and ‘Damaged On the Inside’ grew an extremely local sense of humour.

Once casting was locked, the film was 80% done, all we had to do was record. And because of the humour on set, the biggest challenge for all of us was to not laugh during each take.

Watch ‘Damaged On The Inside’ by Syamsul Bahari bin Salim (Singapore) on Viddsee:

‘Damaged On The Inside’ is one of the ten finalists of the Viddsee Juree Awards for the Singapore competition, a filmmaker community initiative to celebrate and support filmmakers and film communities in Asia. Check out the rest here. 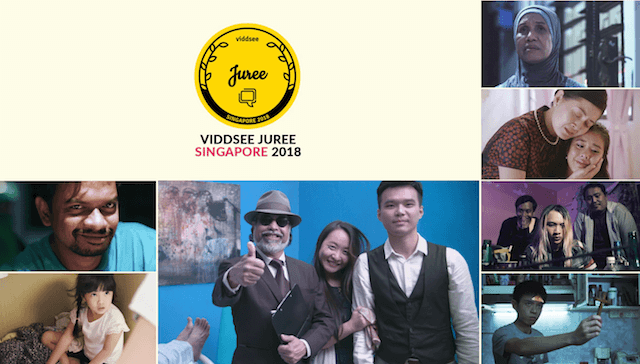