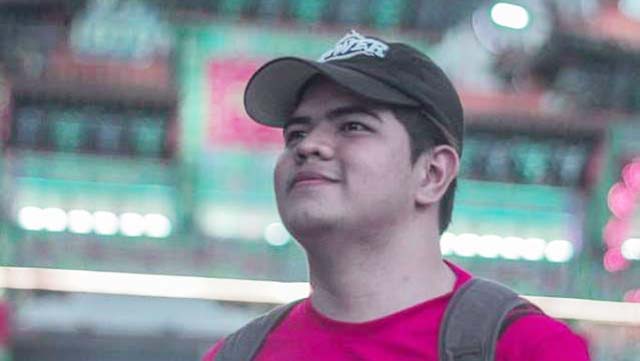 Al Jerome “AJ” Virtuz is one step closer to achieving his dream of being a writer and director after recently graduating from Asia Pacific Film Institute in the Philippines.

His thesis film, ‘Ah’ is a Top 10 finalist for the Viddsee Juree Awards Philippines 2018, and AJ shares more about his horror film in our chat below.

Q1. Tell us a bit about yourself and your team!
My team comprised of students from the same school who were keen to practise their chosen field of specialisation. The success of the film is a credit to their dedication. Also, I am grateful for the support of my mother, who contributed to the film’s funding.

First, irresponsible parents who force their partners to carry all the burden of taking care of a family. When a parent has to do all the household chores and work to make ends meet, there’ll be little time to tend to the children. Thus, that could give a negative impression to children about abandonment, neglect or feeling unloved.

This film is also a nod to those children. If they feel like they are being neglected, or unloved by their parents, they might find love and comfort through other people or things, like vices, addiction, and friends with bad influences.

Jonjon, played by Ronn Tomas, who unleashes an evil deity in the book

Q3. Could you share with us what your main challenges were in putting this together, and how did you overcome them?
Since I was making it while attending film school and wasn’t financially capable, I felt it was impractical to finish this film. But with the support system that I received from my family and friends, I was able to continue and successfully finished the film.

I also struggled with lack of manpower due to sudden unavailability of expected help. But the team shouldered on and we were able to surpass such these challenges.

AJ is one of the ten finalists of the Viddsee Juree Awards for the Philippines competition, a filmmaker community initiative to celebrate and support filmmakers and film communities in Asia. Check out the rest here.

Article by Karen Wong in News on September 9, 2018