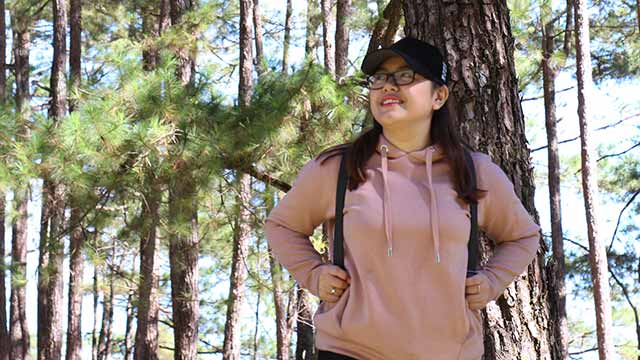 A graduate of Colegio de San Juan de Letran Manila, Bea Felix is the director of ‘Susing’, a comedy of errors featuring a cast of colourful villagers.

The current brainstormer at Star Cinema shares an insight into her Viddsee Juree Philippines 2018 finalist film below:

Q1. Tell us a bit more about yourself and your team?
My team consists of a bunch of passionate, Communication students whose initial goal was to graduate on time. But we found a common bond and love for filmmaking, and hope to touch other’s lives through storytelling.

Q2. What is the inspiration behind this short film?
Susing was inspired by a short advertisement from Thailand. While brainstorming, we realised that Susing’s story is a rampant matter, especially in this society we’re presently in. It’s too easy to click, spread and judge a person and their story through a single social media post. We understand that there are different sides to a story that others don’t see – or choose not to see.

Q3. Could you share with us what your main challenges were in putting this together, and how did you overcome them?
As a student filmmaker bombarded with other school requirements, there were a hundred reasons to give up. But there were definitely 101 reasons to keep going with the short film.

A scene from ‘Susing’ after Susing’s public judgement

Challenges starting from the script up to the budgeting, scheduling, and pre-production, you name it, we’ve encountered it all. As the director, my main challenge was to subtly contrast reality versus what we see through our phone and computer screens.

I need to credit those who believed in what we did and pushed us beyond our limits; our professors, our families and friends, our audience, our team, and most especially, Him.

Bea is one of the ten finalists of the Viddsee Juree Awards for the Philippines competition, a filmmaker community initiative to celebrate and support filmmakers and film communities in Asia. Check out the rest here.