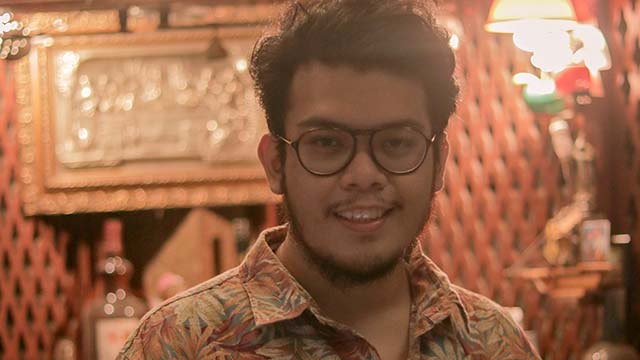 From an early age, Brian Spencer Reyes realised his love of telling stories. He had his eye set on being a journalist, but his passion for filmmaking sparked in high school while doing a video assignment. When his film, ‘Daisy’ became a finalist in the 2015 Metro Manila Film Festival New Wave Short Film Category, he took that as a sign to pursue filmmaking.

He shares more about his Viddsee Juree Philippines 2018 Top 10 finalist film about two warring divas in the interview below:

Q1. Tell us a bit about yourself and your team!
We are a small independent production outfit that mainly does event coverage like weddings and birthdays. One thing that sets us apart is our team literally is family. My mom and dad are photographers. They produce the films I direct and they also manage the production during shooting days. My girlfriend is the uncredited Assistant Director in most of the shoots. While my brother and my friend do the musical scoring.

Q2. What is the inspiration behind this short film?
‘You Are The Star To My Night’ was written to meet a festival’s theme of ‘My Adversary, My Best Friend’. The story came to us when we learned about the old Hollywood rivalry between Bette Davis and Joan Crawford and wondered, “what if something like that happened in a Filipino context”?

We recalled how rabid fans would pit local stars Nora Aunor and Vilma Santos against each other. Officially, there has never been a reported rivalry between them and all speculation is purely fan-made.

‘You Are The Star To My Night’ is the speculation on what might have happened to superstars like them.

Q3. Could you share with us what your main challenges were in putting this together, and how did you overcome them?
One of the main challenges of this film is finding Linda Manuel, the lead character. We imagined her to be a Norma Desmond-type of character; ageing yet still basking in the fame she doesn’t realise has waned away.

It was really hard screening actresses who auditioned online because most of them were either too young for the age required or didn’t fit the character altogether. Finally, we found Carla Zarcal who breathed life into the character of Linda Manuel.

Another challenge we encountered was that the original actress for Norma Gesmundo quit when she found out her character was in a coma. She did this a day before the shoot! Thankfully, we have friends who were ready to volunteer.

Watch ‘You Are The Star To My Night’ by Brian Spencer Reyes (Philippines) on Viddsee:

Brian is one of the ten finalists of the Viddsee Juree Awards for the Philippines competition, a filmmaker community initiative to celebrate and support filmmakers and film communities in Asia. Check out the rest here.