A graduate of the University of the Philippines Diliman, 24-year old Patrick Rodil primarily works as a commercial director for clients that include Globe Telecom and World Wildlife Fund (WWF). But his first love is cinematography, with a goal of being inducted as a member of the American Society of Cinematographers (ASC) in the future.

We speak to him to learn more about ‘In The Name Of The Father,’ his Viddsee Juree Philippines 2018 Top 10 finalist film.

Q1. Tell us a bit about yourself and the team.
I studied university in the Philippines, but I spent fourteen amazing years of my childhood in Vietnam.

This film was made for my thesis in university. So the majority of the team, except my director of photography, were all friends or fellow students. As for the actors, we cast professional actors.

Q2. What is the inspiration behind this short film?
I wanted to tackle the concept of morality, and how it comes to play with the Filipino Presidential election in mind. 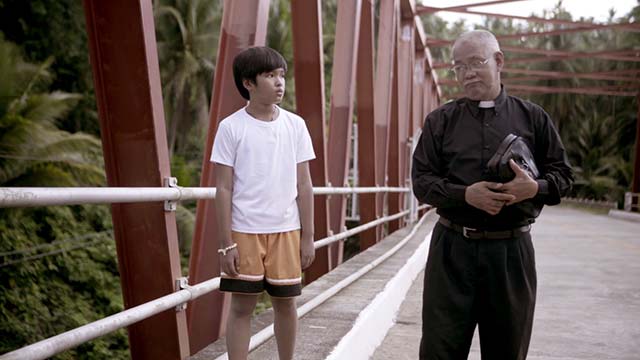 “How can you blindly follow someone who creates rules that are harmful and immoral to the table, knowing what is good and bad?” That was my personal question to friends and people who support our current president, who has a strong appeal to the masses, yet self-destructive plans for the country (especially his war against drugs).

I decided to bring the film into the world of religion after consulting with a professor at the university. I thought it would further strengthen my film, because of how Filipinos are dominantly Catholic, and practise the ideologies of Catholicism, yet turn a blind eye to the immorality happening behind the altar such as child molestation, stealing and corruption. 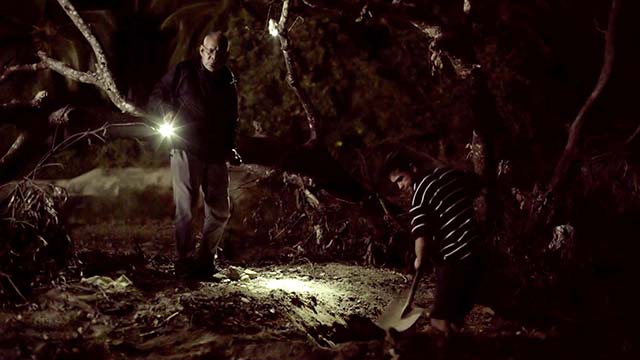 A scene from ‘In The Name Of The Father’

3 – Could you share with us what your main challenges were in putting this together, and how did you overcome them?
Our biggest challenge was the budget. Since this was a student film, our main source of money was personal, and from my parents. Luckily, we got a great discount from the post-production house that was editing the film.

Another challenge was shooting in a rural area. We shot in Marinduque, south of Metro Manila, and travelling there took five hours, both on land and on the sea. We took a boat called a RORO, which could load in cars and vans onto its deck. Since we had four vans travelling, this was the bulk of the budget. 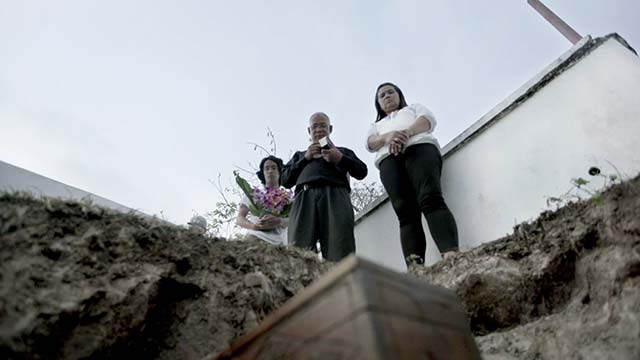 A scene from ‘In The Name Of The Father’

On our last day of the shoot, when we were about to shoot the confrontation scene between the priest and the child, Rener Concepcion, who played the priest started getting cold feet about the ideology of his character. He expressed his conflicts about the film, which came as a surprise since we had talked in depth about the role before shooting.

After a good 30 – 45 minutes of talking, he decided to continue shooting. But I thought for a minute that I was going to lose our main actor in the film.

Watch ‘In The Name Of The Father’ by Patrick Rodil (Philippines) on Viddsee:

Patrick is one of the ten finalists of the Viddsee Juree Awards for the Philippines competition, a filmmaker community initiative to celebrate and support filmmakers and film communities in Asia. Check out the rest here.

Article by Karen Wong in News on September 7, 2018