A Son’s Longing For His Dad, Pining For Moments Gone Up In Smoke 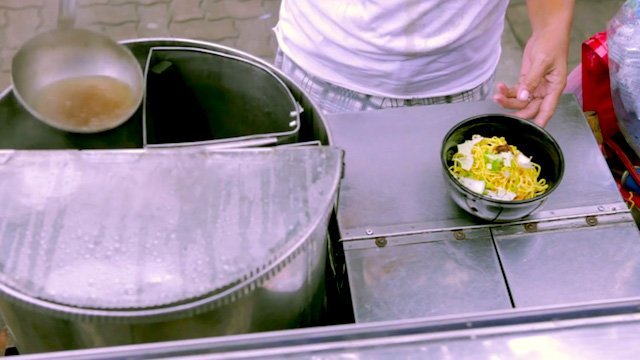 Food is a strange thing. It doesn’t just fill our hungry stomachs; it fills our minds and hearts with strange memories.

When this guy thinks of noodle soup, he thinks of his dad. He thinks of the last cigarette he had. His troubled past resurfaces when he steps out of his routine life, triggered by the mention of noodle soup.

He spirals down a black hole of memories about his cancer-stricken dad. The way dad lit his cigarette, the sound of soup swirling in a bowl, the friendly banter they had. His emotions stew slowly, bubbling up to the surface, brimming and spilling over.

It’s toxic, but indigestion is the least of his problems now.

This film was the official selection at the 2013 Manhattan International Film Festival.

Here’s another story on dealing with a bitter, painful past. Watch this Indonesian drama ‘Revenge’ on Viddsee This Bowl Of Noodles Shouldn’t Exist, But Humans Are Crafty Creatures She Waited For Change. It’s A Deep, Sad And Heartfelt Longing, For A New Dawn.