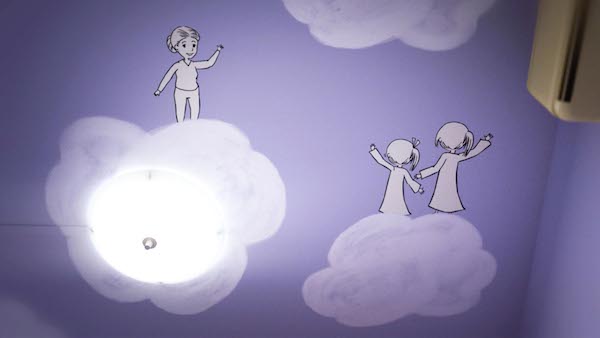 This is an inspiring and gratifying story about two dreams: a girl in late-stage kidney failure who was granted a wish to visit an animation studio in Singapore, and a dream that that girl had that became a beautiful, animated short film.

Omens Studios was approached by Make A Wish Foundation about Sarah’s request, and the award-winning animation studio was more than happy to oblige.

To celebrate her 17th birthday on 20 September, the team came up with an animated short film based on a dream Sarah had about her late grandmother.

“We wanted to give Sarah an animation that would mean something to her. After meeting Sarah and her family, Sarah sent us an email describing the dream she had of her late grandmother.

“It was a great starting point for a story, but such a personal and sensitive topic deserves even more care. So rushing it would not be right. 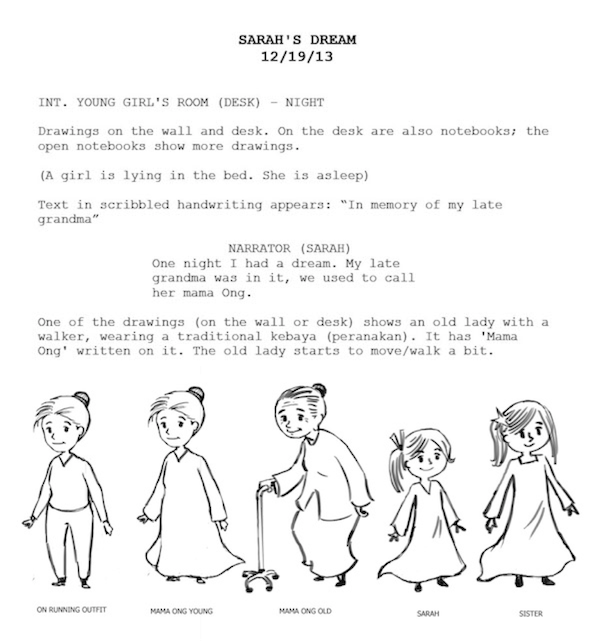 “She also showed us a lot of her drawings, and we knew these had to play a part in the story. Combined with her dream, we had a concept that would be very close to her.”

Production was done in snatches of free time over ten months between pressing deadlines.

Sarah revisited them in this duration, sharing her drawings and her thoughts on the script. The team also visited her home and her room for the 3D recreation. They then recorded Sarah’s narration in the studio.

We speak to Sarah about fascination with animation and her visit to Omens Studios:

1 – Can you tell us more about your fascination with animation?

I love Disney, DreamWorks and Pixar movies. It started when I was four, watching ‘Monsters’ Inc’ and ‘Toy Story’.

I love these movies so much that I can recite the script for ‘Toy Story’. My favourite scene is of Woody and Buzz arguing at the Dinoco petrol station. My family laughs when I imitate those lines.

Another thing that made me interested in animation was how fans of animation do crossovers merging characters from different movies into the same video. There are millions of movie or character crossovers on YouTube!

If you haven’t heard before, there are many fans of ‘The Super Six’ a big crossover called #RiseOfTheBraveTangledFrozenDragons.

They are pretty cool. I’ll be honest: if DreamWorks’ characters from those five movies (especially the protagonists) are made into one big movie, I think billions of people (especially myself) would be really excited about watching it. 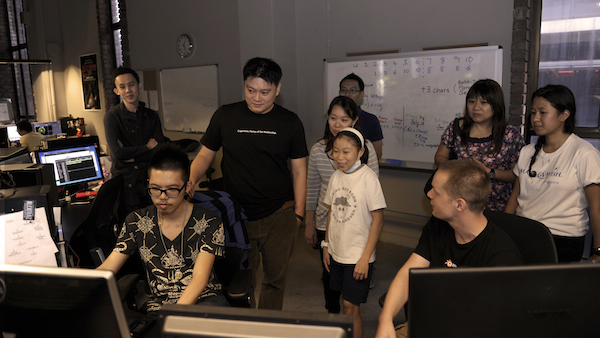 2 – Tell us a bit more about your visit to Omen Studios!

Frankly, I didn’t know what to expect before my first visit to Omens Studios but I was excited.

I learnt that a lot goes into it because animating is not easy. In fact, it can be a long and tedious process.

It was hard to understand at first, but understood better when Sacha and his colleagues explained many of the functions and stages of animating.

But the team’s hard work has paid off. I have seen some of their works like Cap’n Smelly and their recent works for Okto, Counting with Paula. They were really well done.

Omens took us to a recording studio to watch a voice-over process and to record my voice as narration for my animation film. That was an interesting experience for me.

Actually, my family has suggested that I could be a voice-over talent when I grow up since I enjoy imitating animation characters. I didn’t really think much about it until my visit. 3 – That dream about your grandmother is quite personal. Did you hesitate to share it with the team? Will you continue to tell stories and make stories?

I didn’t have any hesitations because:

I love to talk about my dreams and try to interpret them. Sometimes I like to try to think about what the message of my dreams are.

To me, my dreams are like my own stories or creations. Whenever I dream is like I’m watching a show about characters that don’t even exist in the entertainment industry.

So when I wake up in the morning, I would quickly type out and draw them in my a dream journal.

I love portraying in images to show how my dreams can also be made into stories. I guess I must have it learnt from DreamWorks.

So even though this dream was personal, I did not hesitate to tell my family. And amazingly, they told me if it wasn’t for this dream of mine, they would have never been mentally prepared for my grandmother’s passing which actually took place two weeks after my dream.

To conclude, yes, I would continue to make stories and tell it however personal it may seem. Currently, I am still studying, but I also try to find the time to work on my own stories.

I have been inspired by Omens Studios actually, so I did an art piece which I spent over a year to make it special. Now I must admit I’m not the best at drawing but I wanted to give Omens something done by me.

Thanks for having me on this interview and I wish Omens Studios all the best. 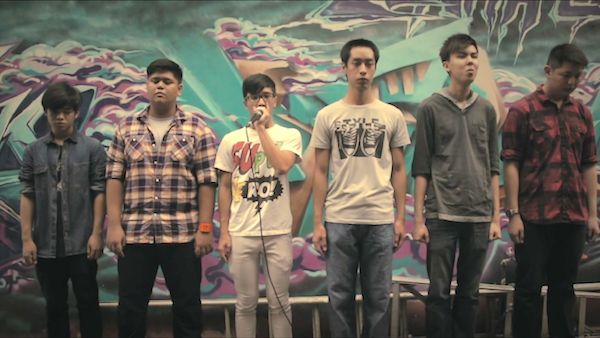