He Has No Obligation To Pierce Himself, But Still He Does It Every Year Michael is not a Hindu, and has no obligation to put himself through the annual rite of pain and sacrifice, year after year.

But for the past decade, the Taoist medium has been taking part in Thaipusam, where devotees pierce their bodies with spears supporting a kavadi — a hill-shaped metal structure bearing images of the deities. 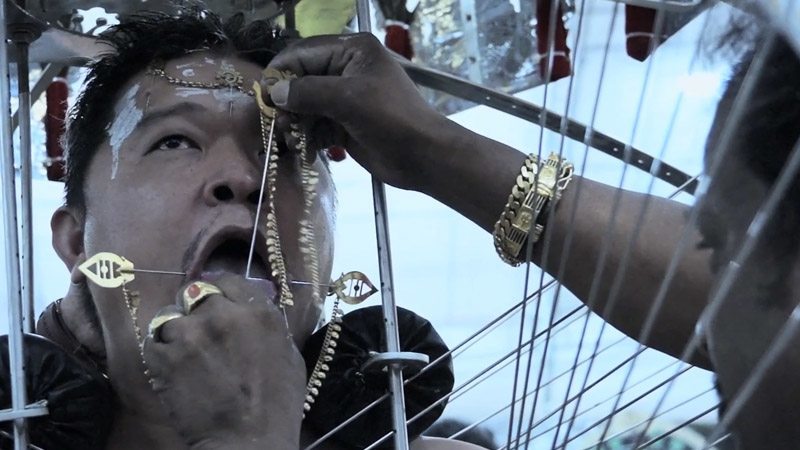 While some devotees go into a trance to ease the pain, Michael resists.

“It’s your own choice to clear the obstacles, not the god,” he says. “Your body itself [has] to take the hard path, taking spikes, piercing and the pulling.” Careful not to disrespect the Hindu tradition, Michael also abides by all the rules of preparing for and participating in Thaipusam, leaving even his Hindu friends in awe.

Michael’s devotion springs from what he says was the miraculous healing of an illness after praying to the Hindu elephant god, Ganesha. Thankful for his recovery, Michael is now also inspiring his son to follow in his footsteps, taking the test of endurance even at his tender age.

Here is the story of a man who in embracing many faiths, finds one path to self-realisation.

Watch ‘Journey of a Kavadi Bearer’ by Navin Kumar (Singapore) on Viddsee:

Here’s another look at faith and devotion. Watch ‘Severance’ by Michael Tay, where a teenager struggles with his religious identity.

Article by Viddsee in Voices on February 6, 2017 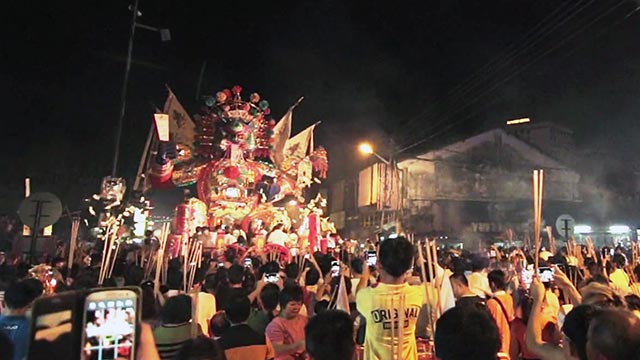 This Majestic Ghost King Will Burn. And It’s Makers Will Be Proud.
Families With Secrets, A Special Chinese New Year Collection