Way Back When is the brand new, highly anticipated five-episode series on Viddsee.

The series follows the story of Lucas, who has a hopeless crush on his best friend, Charlotte.

This Viddsee Originals production is helmed by Sabrina Poon, a prolific filmmaker whom we’ve featured many times.

As the showrunner, she shared and co-directed the series idea three other Singaporean directors.

One of the directors that Sabrina collaborated with is Png Zhen Yu, who directed Episode 2: Army Days and Episode 3: 21 of the series. His film ‘Mobile Love Van’ bagged Gold for Directing at the Crowbar Awards 2013, while ‘A Day’s Reunion’ won Best Editing.

We reached out to him to ask a couple of questions about directing a series, working with Sabrina Poon, and how he found his love in filmmaking.

This is Zhen Yu’s first time working with Sabrina Poon When Zhen Yu was approached by Sabrina to direct her brand new series, Way Back When, Zhen Yu jumped at the opportunity.

“I’m always looking for an opportunity to work on a collaborative project. When Sabrina approached me to work on this series, I immediately agreed to be part of it,” Zhen Yu said.

“I got to know Sabrina sometime ago but we haven’t had the chance to work together. This series was our first collaboration. Working with Sabrina is great! She is a great showrunner with a strong direction for the team,”

“Sabrina also played a huge part in spearheading the whole team and to ensure the consistency between each episode,” he added.

Png added that both he and Sabrina exchanged ideas and feedback on how to keep each other on track in making sure that the episodes fulfil one vision.

The biggest challenge in directing a series? Keeping things coherent 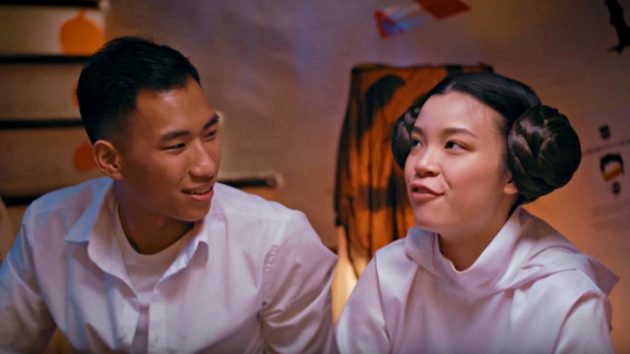 Aside from a tight budget and schedule, one of the biggest challenges that Png Zhen Yu faced while directing Way Back When was to make sure that the content for all five episodes is coherent.

Injecting his own style into Way Back When

“The main emphasis in all my films and my episodes in Way Back When is the sound design. I use sound and ambiences to set up the world of the series. That’s how I accentuate the emotions of each scene,” Png Zhen Yu explained.

According to Zhen Yu, one prominent example you will find is in episode 3, where the sound for the party scene is meant to depict Lucas’s perspective and his state of mind during the party.

Meanwhile, the scenes shot back at home are more neutral and told through the viewer’s perspective. This jarring jump between both settings was intended to disorient the viewers. 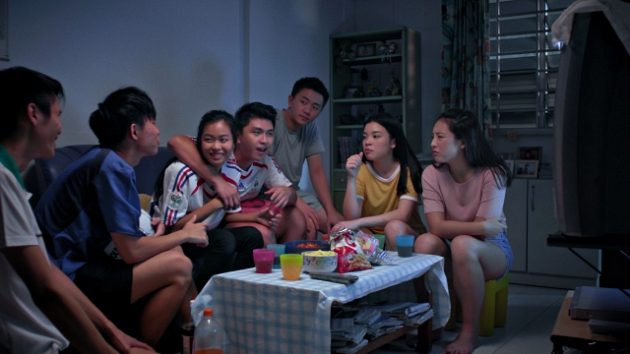 Zhen Yu says his love for filmmaking sparked at a young age when he was just in secondary school.

“My passion for filmmaking started since I was in secondary school. Back then my mum was an avid K-drama fan and she had a ton of VCDs at home. I somehow got influenced by her and became a fan myself. My curiosity on how these dramas were made sparked my interest in filmmaking,”

There are no rules in filmmaking and restrictions on how a story can be interpreted. That is the beauty of filmmaking.

“This allows my imagination to run wild and the power to evoke emotions from the viewers,” he added.

Png Zhen Yu also has directed a number of films that are all available on Viddsee.com. He hopes that he will one day be given the chance to direct his first feature film.

Watch Way Back When on Viddsee now! 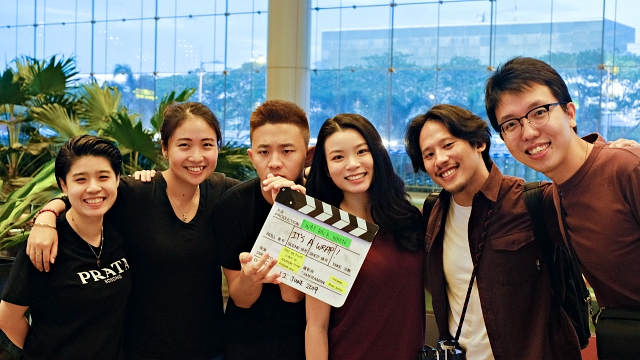 Two Directors, One Episode: Amanda Tan And Jonathan Yong On Settling Their Creative Differences
Will This Boy Ever Let His Crush Know How He Feels?
What Joann Nicolette Wong Wants You To Know About Social Influencers
In Her Own Words: Sabrina Poon Discusses Family And Film